Home » Sexual Health » The Truth About Our Physical Education History 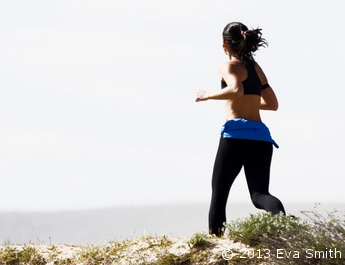 The Truth About Our Physical Education History

Remember high school gym class? You played volleyball, ran a mile on the track, and ducked before being hit in the face during a vigorous game of dodge ball? Physical education has been part of the educational scene for nearly 200 years. It is vital that students participate in physical education to keep their mind and body in peak learning condition. Currently, the childhood obesity rate is dangerously climbing to epidemic levels. Therefore, the focus on physical education is more important then ever before.

The question is how should physical education be conducted? First, take a look at physical education history. Physical education has evolved over the years. Physical education is defined as “instruction in the development and care of the body ranging from simple calisthenics exercises to a course of study providing training in hygiene, gymnastics, and the performance and management of athletic games (Merriam-Webster Dictionary).” This definition is broad because you can learn several topics ranging from the rules of basketball to sex education. It depends on the school policies of your state educational system.

Physical education was officially recognized in the United States in the early 1800’s. Colleges and Universities began to offer physical education programs throughout the 1800’s. Finally, in 1866 California was the first to mandate physical education. Many states followed this mandate within the next 30 years. The importance of training the body as well as the mind became prevalent in the educational system.

The 20th century brought varying levels of physical education to each state. Presidents such as Eisenhower and Kennedy promoted physical education and fitness. Children took the Presidential Fitness test each year to assess their physical fitness level. This arose from the need for U.S. students to be as physical fit as their European counterparts.

Controversial issues have played an integral role in physical education history. For example, in 1972 Title IX banned sexual discrimination in schools regarding sports and academics. This allowed female athletes to actively participate in team sports other than cheerleading with the financial and emotional support of the school system.

Another controversial issue is sexual education. It has been the subject of intense debate for many decades. Each state has specific guidelines about what will be taught and whether students can opt out of the sexual education program. Some states allow students to watch a video of a child being born while other states only discuss abstinence.

The official employment of physical education programs has a 200 year history which has become home to controversial issues, social reform, and overall child well being. Physical education will continue to evolve as the needs of the student population changes, societal attitudes fluctuate, and the flow of educational funds towards physical education is maintained.