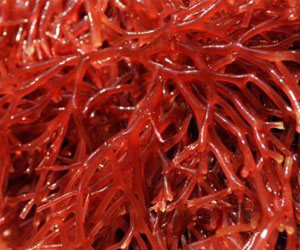 Carrageenan is a common food additive that is extracted from a red seaweed, Chondrus crispus, which is popularly known as Irish moss. Carrageenan, which has no nutritional value, has been used as a thickener and emulsifier to improve the texture of ice cream, yogurt, cottage cheese, soy milk, and other processed foods. 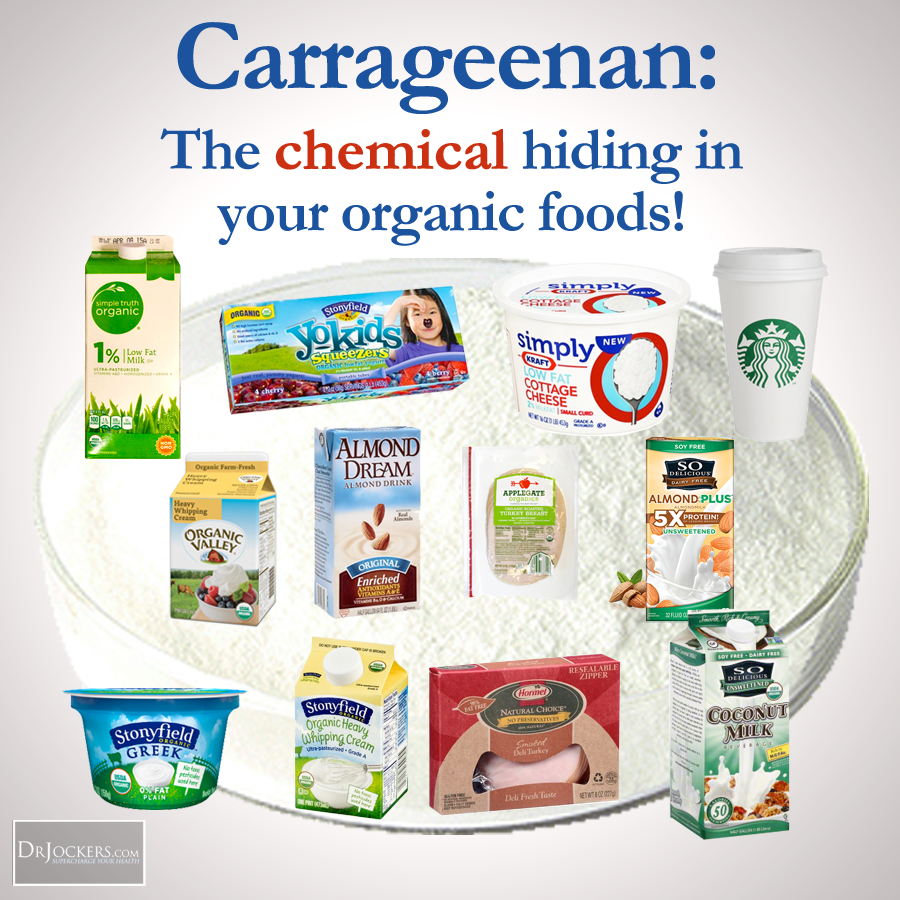 Some animal studies have linked degraded forms of carrageenan (the type not used in food) to ulcerations and cancers of the gastrointestinal tract. More worrisome, undegraded carrageenan – the type that is widely used in foods – has been associated with malignancies and other stomach problems.

In 2012, Joanne K. Tobacman, MD, who has published multiple peer-reviewed studies that address the biological effects of carrageenan, addressed the National Organic Standards Board on this issue and urged reconsideration of the use of carrageenan in organic foods. According to Dr. Tobacman, her research has shown that exposure to carrageenan causes inflammation and that when we consume processed foods containing it, we ingest enough to cause inflammation in our bodies. That’s a problem since chronic inflammation is a root cause of many serious diseases including heart disease, Alzheimer’s and Parkinson’s diseases, and cancer.

Dr. Tobacman also told the board that in the past, drug investigators used carrageenan to cause inflammation in tissues to test the anti-inflammatory properties of new drugs. And she reported further that when laboratory mice are exposed to low concentrations of carrageenan for 18 days, they develop “profound” glucose intolerance and impaired insulin action, both of which can lead to diabetes. She maintains that both types of carrageenan are harmful and notes that, “degraded carrageenan inevitably arises from higher molecular weight (food grade) carrageenan.” Research suggests that acid digestion, heating, bacterial action and mechanical processing can all accelerate degradation of food-grade carrageenan. 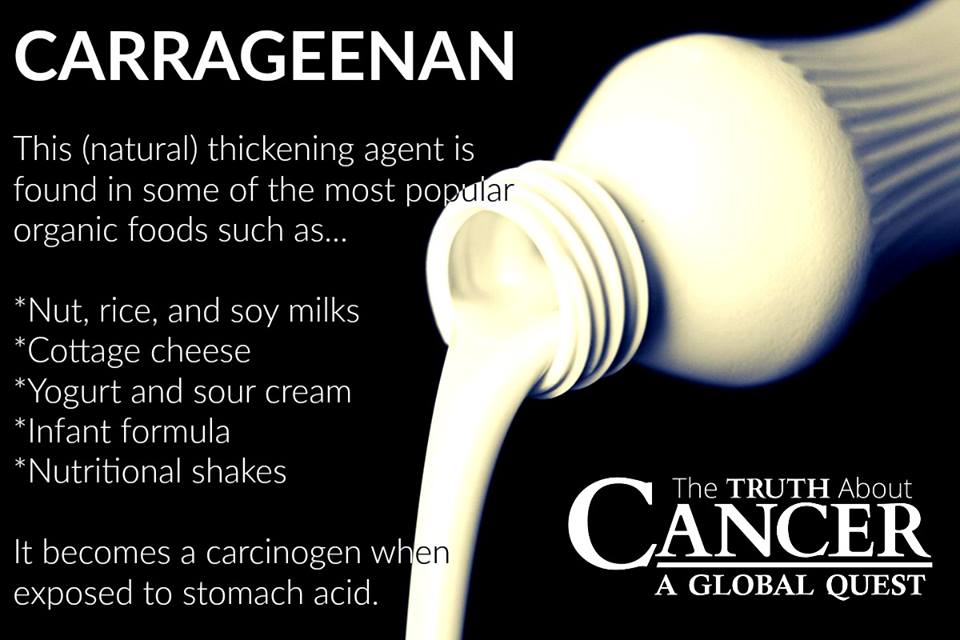 Despite such findings, carrageenan is still approved by the US Food and Drug Administration as an additive and remains widely used in many food products. In fact, in 2015, the Joint Expert Committee of the Food and Agriculture Organization of the United Nations and World Health Organization on Food Additives announced that carrageenan was “not of concern” when used in infant formula at concentrations up to 1000 milligrams per liter—even though the European Union has banned it for this use. 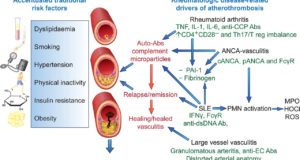 10 Ways Suger should be limited Added sugar is the single worst ingredient in the modern ...