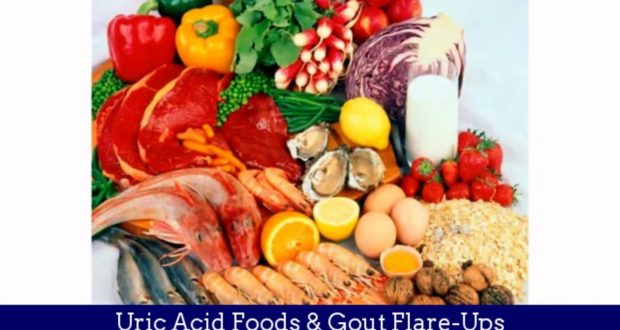 Not only can Gout be physically debilitating, it can also be quite an expensive affliction. From dozens of dietary restrictions and specifications, to countless medical prescriptions, Gout can be financially draining.

Not everyone can afford the strict medical way of curing Gout, though. Fortunately, there are also numerous, natural and inexpensive ways of reducing uric acid in the body. You should take note that it does not necessarily mean that since they are natural that they are less effective. In fact they may be better since they do not have a bad impact on your kidneys and liver compared to pharmaceuticals.

These are some ways how to reduce uric acid naturally:

1. Cherries. Cherries. Cherries. – There has been some studies and many testimonies about cherry consumption as a way to reduce uric acid. Gout-ridden people who have added cherries in their diet has been seen to experience less frequent flare-ups of the afflicted joints. Some people with gout have experienced more gout relief in consuming cherry extracts than eating the cherry fruit itself. Plus, cherries are inexpensive (in many western countries) and natural which makes for a healthy and cheap addition to your diet.

2. Eat the greens; just skip the beans – Eating vegetables, especially those rich in Vitamin C like broccoli and potatoes can become a natural way to reduce uric acid as long as it is taken in moderation. Fibrous vegetables like beets and turnips have also been observed to relieve the pains of gout. Vegetables are generally cheap and are actually surprisingly tasteful. They are also the most natural thing you can get your hands on when preparing a diet plan for gout relief.

Beans, though naturally healthy, should not be a part of a gout patient’s diet. Beans contain concentrated amounts of purine which may trigger an increase in the amount of uric acid in the body.

3. Quench yourself – One thing to remember: the lesser amount of water in the body, the higher the concentration of uric acid in the blood. Drinking water can significantly and naturally help a gout patient by processing the levels of uric acid and flushing the excess out of our body.

Don’t just gulp bottle after bottle, though. You’ll just end up releasing them immediately. Sip it slowly and in small amounts every hour and let your body naturally absorb the water into your system.

4. Back to Basic – By basic I mean alkaline. Since Gout is caused by high uric acid levels, which result to its crystallized form being deposited to various joints, increased alkaline in your diet such as alkaline water or a homemade baking soda solution may aid the gout patient to reduce uric acid levels. 3 to 4 teaspoons a day (or as recommended by the doctor) of baking soda dissolved in water may do the trick.

Alkaline water can be bought in some water purifiers and drinking water suppliers, and is a safe source of alkaline in the diet. Baking Soda is cheap and easy to administer but it may also have digestive side effects. It is essential to consult a doctor first before trying this gout-relieving method.

The vitamin has been observed to reduce the level of uric acid in the blood by aiding the kidney in expelling uric acid from the body.

Vitamin C can be found in many fruits and vegetables. The classic Ascorbic can be found in most pharmacies and is quite inexpensive to acquire. It must be noted though that excessive Vitamin C intake may have undesirable gastrointestinal consequences.

2015-09-27
adminguy
Previous: Treatment For Warts – What is the Best Way to Get Rid of Your Warts
Next: Free Diet Pills and Weight Loss Product Samples