Home » Travel Medicine » How Many Vaccines at One Time Are Too Many? 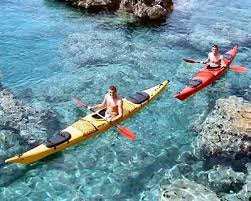 How Many Vaccines at One Time Are Too Many?

In his 2002 article published in Pediatrics,Dr. Paul Offit (1) asserts an extrapolated mathematical formula demonstrated that children can be vaccinated with thousands of vaccines without harm. “Each infant would have the theoretical capacity to respond to about 10,000 vaccines at any one time.”(2)

It appears that Dr. Offit should undertake a review of human immunology. The idea that 10,000 doses of chemicals, viruses and bacterial bits could uneventfully be deposited into the blood stream of an infant or an adult without consequence defies medical logic. The direct injection of pathogens into the body bypasses the first four lines of immune defense: the skin, the mucous membranes, the intestinal lymphoid tissue and lymphatic neutralization. Unlike the claims of the pharmaceutical companies, the introduction of germs and chemicals into the blood stream does not “trick” the immune system, as claimed by doctors and researchers. It contaminates it.

In fact, children are contaminated with up to 51 vaccine antigens by the time they are six months of age. If they receive all doses of all recommended vaccines, including annual flu shots and boosters for MMR and chickenpox, that number skyrockets to 113 by the time that they enter school. And that number doesn’t take into account the measurable amounts of formaldehyde, aluminum, calf serum, gelatin and other chemical aliquots injected with each vaccine.

The potential for disaster looms as both live and attenuated (killed) viruses are injected through multiple vaccinations given on the same day. A study documenting these hazards are real was published in 1986 in Science Magazine, sounding the alarm more than twenty years ago.

The study consisted of injecting two different avirulent (benign) herpes viruses, Virus A and Virus B, into the footpads of mice. When a mouse received 100 particles of either Virus A or Virus B, none of the mice died. However, if a mouse received only one particle of both Virus A and Virus B, 62 percent of the mice died.(3) In addition eleven newly created viruses, called recombinants, were isolated from the dead mice. When these new viruses were injected into the next set of mice, three of these viruses were found to be deadly. This study demonstrates that the simultaneous injection of two benign viruses can recombine with deadly results.(4)

Offit claimed that 10,000 vaccines could be injected simultaneously without consequence. If only two different viruses can lead to death in mice, what would be potential result of injecting thousands? Children are routinely injected with four viruses are the same time when vaccinated with the MMR vaccine (measles, mumps and rubella) and Varivax® (the chickenpox vaccine) on the same day. Clearly the risk for health complications is more than a theoretical possibility.

Offit’s study was espoused to be “ground breaking” and drew substantial media attention at the time of its release. His intent was to allay the fears of parents who are questioning vaccines and are challenging the need to inject so many vaccines at the same time. Using a mathematical formula to insist that infants have a large capacity to be repositories for a pharmaceutical product will not eliminate doubts by investigative parents. “Thinking doctors” should recognize this study for what it is: an opportunity to push the oft repeated mantra that “vaccines are safe and effective.”

However, “thinking parents” might conclude differently: “If the immune system is that strong, why do we need to vaccinate at all?”

(1) Dr. Offit is on the faculty in the Department of Pediatrics at the Children’s Hospital of Pennsylvania.

Source by Sherri Tenpenny, DO
2015-10-05
adminguy
Previous: Ways in Preserving the Environment
Next: Self-Contained Micro Ecosystem in a Fish Tank