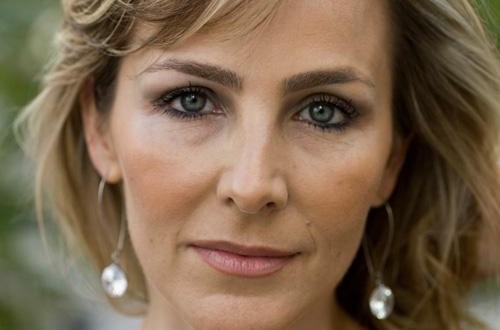 Antibiotics Make You Susceptible to Skin Cancer
Do you know Some antibiotics can lead to a higher sun sensitivity of the skin and thus may lead to increased skin cancer risk?Antibiotics make you susceptible to skin cancerMost people believe that the sun is THE risk factor for the development of skin cancer.Hardly anyone is considering that there could perhaps be quite different causes.Antibiotics, for example, make the skin to sunlight only really sensitive and thus increase the risk of skin cancer considerably.The skin protects itself The human skin is not defenseless against the sun. Different body's protective mechanisms to preserve them from sunburn, from the negative&hellip;

Do you know Some antibiotics can lead to a higher sun sensitivity of the skin and thus may lead to increased skin cancer risk?

Most people believe that the sun is THE risk factor for the development of skin cancer.Hardly anyone is considering that there could perhaps be quite different causes.Antibiotics, for example, make the skin to sunlight only really sensitive and thus increase the risk of skin cancer considerably.

The skin protects itself

The human skin is not defenseless against the sun. Different body’s protective mechanisms to preserve them from sunburn, from the negative effects of UV radiation and thus against malignant skin cancers. The protein p53, for example, among all the body’s own sun protection mechanisms a real key role.

p53 not only protects the skin from the sun and consequently against skin cancer. p53 belongs to a type of cancer-protective police, who are in the whole body care that there are no cancerous changes. Thus one can degenerate into cells – no matter where they are located in the body – extremely high p53 levels observed, whereas in normal cells as well as no p53 proteins are present. What does p53 in transformed cells? It ensures that the damaged DNA regions * be repaired. If it turns out that the damage is irreparable, p53 causes the death of the diseased cell to prevent in this way that it evolved from a tumor.Thus p53 is a tumor-type brakes.

* = Genetic information of DNA in the nucleus

If, however, p53 is blocked in some way, then multiply the cells degenerate and it leads to tumor formation. Furthermore, defects in the p53 protein leading to enhanced photocarcinogenesis – this is the development of skin cancer due to sun exposure.

However, p53 is not immortal. It is sensitive to cigarette smoke, X-rays, mold toxins, and drugs such as antibiotics or on some very general on chemotherapy. Under the influence of these confounding factors leads to defects in the p53 molecule that now protect its ability, the skin against the sun and the body from cancer, lose.

Several antibiotics are prescribed for many different complaints, not only in p53 inhibit its activity, but also other endogenous protective mechanisms against UV radiation. These include antibiotics such as those of the fluoroquinolone class, such as levofloxacin or ciprofloxacin. The applications for these products are pneumonia, urinary tract infections, bacterial infections and many other intestinal infections.

Fluoroquinolones should really only be prescribed when it comes to combat pathogens that have compared the standard antibiotics already developed resistance. This planned economical use of fluoroquinolones had at least two reasons: should the one hand, the fact remains certain that in an emergency nor an effective means is available, and it wanted to the patient – avoid the serious side effects of this class of antibiotics – as long as possible.

However, since the fluoroquinolone manufacturers make every effort to establish fluoroquinolones by heavy advertising in the therapist as antibiotics of choice in the outpatient practice, they are far more common than originally intended use. The result: further development of resistance in dangerous pathogens, and patients who are threatened by taking severe side effects.

Fluoroquinolone antibiotics are known to damage the heart and the liver to promote tendon tears, trigger allergies and cause psychosis, which can bring the patient suicidal desires. Particularly because of their toxicity for the heart and liver were in Germany for six (in the U.S. nine) fluoroquinolone antibiotics – usually later, shortly after being admitted and few deaths and liver transplants – taken off the market.

It pays to read the information leaflet

In the United States was the reason for four withdrawals, the phototoxicity of antibiotics, which turned out until AFTER the drug was approved and the patient had suffered severe skin damage. This does not mean that the remaining fluoroquinolones were not phototoxic.It simply means that the currently approved drugs carry a warning in their package inserts.It says that one should avoid the sun during the therapy. Who does not read the paper and on a sunny day for a walk happy, but unfortunate.

And standard antibiotics increase the photosensitivity of the skin

Therefore would be the best solution – as you might think – still the standard antibiotics such as doxycycline or amoxicillin use, on the (at least not life-threatening) side effects such as diarrhea, destruction of intestinal flora, fungal infections, to “enjoy” etc., and fluoroquinolones really only be used in an emergency. Unfortunately, however, is just doxycycline – one of the most commonly prescribed antibiotics – also to those drugs that block the body’s protective mechanisms against UV radiation and hence promote skin cancer.

Antibiotics as maintenance therapy for acne?

Doxycycline is often used in long-term treatment of Lyme disease or acne. This means that the patient in question take away this antibiotic over MONTHS. Patients with acne, it is furthermore mostly young people. Apart from the fact that they have to do better in general than to study the package insert of a medication that raises the question whether they should now actually reside for months or even years in the house? Or may be masked only venture into the open? After all, for example, advises the technicians health insurance on their website, they should (avoid apart from the usual activities such as reading the leaflet, Sun 11 to 15 clock, etc.) to prevent phototoxic reactions caused by drugs, but please nice films UV-opaque to the windows of the house and car mount, to indemnify to survive a long-term therapy.

What is the consequence of such forced medication sunlight phobia? Although the patient remained – if they are to keep the advice – from acute skin damage caused by direct sunlight spared, but suffered (for long-term therapy), sooner or later in a chronic and serious vitamin D deficiency.

Vitamin D is normally produced by sunlight affect the human body itself, while the diet to the vitamin D status contributes only a negligible part. A vitamin D deficiency is therefore inevitable when people (have) become couch potatoes. A low vitamin D levels, however, is in turn associated with a variety of diseases. These include osteoporosis, diabetes, cardiovascular diseases, autoimmune diseases and cancer.

WHO recommends antibiotics for the prevention

Antibiotic therapy provides the patient that is in an almost hopeless conflict. On the one hand, he must avoid the sun, on the other hand, can cause very serious illnesses, the lack of sunlight. Under this aspect, it is impossible to understand how it came to the WHO recommendation to use doxycycline for malaria prophylaxis. In other words, the WHO recommends that people wishing to travel to certain regions of the tropics, taking doxycycline preventively against malaria. For this purpose, one should take one tablet daily, starting one week before they leave, then the whole vacation away and another four weeks if you’re back at home. Unfortunately, the WHO did not bother to explain how it should be possible during a vacation in the sunny tropics quite well known, but to avoid the sun because of the long-term use of doxycycline.

With today’s widespread long-term use phototoxic or photocarcinogenic effective medications for chronic, not acutely life-threatening disease is the vehement question, whether the years steadily growing number of skin cancer cases are not much more with these drugs together is as that of all sides pesky sun.

Especially with chronic diseases should take into account that there are quite well off the conventional medical therapies paths. These are therapies that – activate the self-protection and self-healing mechanisms of the body and not weaken it as – in contrast to the above-mentioned drugs. Antibiotics are unavoidable, while one should be particularly nutrient-rich diet and basenüberschüssige be practiced in order to assist the body in this way at least positive. Following the antibiotic therapy can also be taken actions that serve to detoxify, leading to the restoration of intestinal flora and build and strengthen the people in general again.

Antibiotics Make You Susceptible to Skin Cancer
Do you know Some antibiotics can lead to a higher sun sensitivity of the skin and thus may lead to increased skin cancer risk?Antibiotics make you susceptible to skin cancerMost people believe that the sun is THE risk factor for the development of skin cancer.Hardly anyone is considering that there could perhaps be quite different causes.Antibiotics, for example, make the skin to sunlight only really sensitive and thus increase the risk of skin cancer considerably.The skin protects itself The human skin is not defenseless against the sun. Different body's protective mechanisms to preserve them from sunburn, from the negative&hellip;

Imagine finding out that your stomach thinks that you should not have had that ice ...