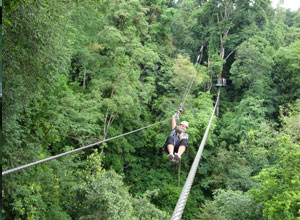 When the cold weather and winter months creep upon us, there are many different illnesses and ailments which follow, including certain rashes which are commonly seen in many people. Many times winter rashes are simply the result of the skin drying out. In the winter there is less moisture in the air, causing the skin to sometimes become dehydrated. This is why that it is more important than ever to have moisturizers and lotions handy. A typical cold weather skin problem is not that serious and it can be managed by using skin treatment products which can hydrate the skin and reverse any drying out.

In the colder months the immune system can sometimes be compromised, which why bacterial infections become more prevalent during this time. Some of the signs that you may have a rash caused by a bacterial infection include large clusters of raised bumpy and irritated skin. Blisters can be yet another sign that you could have a bacterial infection. Making sure that your hands stay clean wish soap and water as well as moisturizers is important in the winter, since you are more susceptible to viruses and certain bacteria like streptococcus. Be sure your children understand the importance of this as strep infections can be passed around in school easily.

Fungal infections can also cause rashes to form. One of the most common signs that you could have developed a fungal infection include red patches on the skin which are bumpy and usually itch. You may have itchiness on the back which is called tinea vesicolor. A common fungus that can be picked up in locker rooms during sports season is athlete’s foot.

Viral rashes are also common for people to get in the winter. Herpes and shingles are just two kinds of viral rashes that can form on the skin. Usually these will manifest in the form of large irritated areas on the surface of the skin as well as with other symptoms like sneezing, nausea, and coughing. Herpes and shingles can be quite painful and hurt. Although you could easily mistake it for the common cold, you may actually have something a little bit more serious. Those who develop viral rashes need to receive the proper medical care right away, as it can worsen if it is not treated. The herpes virus remains in your system your whole life, but it may not manifest itself except for certain times of low immune responses or stress.

During the winter months people tend to load up on over-the-counter and prescription drugs, which can in turn lead to an allergic reaction as well as dryness. Inevitably some people are going to experience adverse allergic reactions to some of the medications they take. Most of the time a reaction to an over-the-counter or prescription drug is not that serious unless the allergy is severe. Symptoms of a medication allergy range from minor skin irritation to the closing up of the airways in the lungs. It is important to get checked for all possible medication allergies, including penicillin which is one of the most common ones. Be aware of ways you may be drying out your skin by the use of cold medicine, lack of humidifiers and other conditions.

Source by Dee Cohen
2015-10-13
adminguy
Previous: Consider This Before You Travel Abroad
Next: Are You a Little Low on Serotonin or Dopamine? Take A Test!