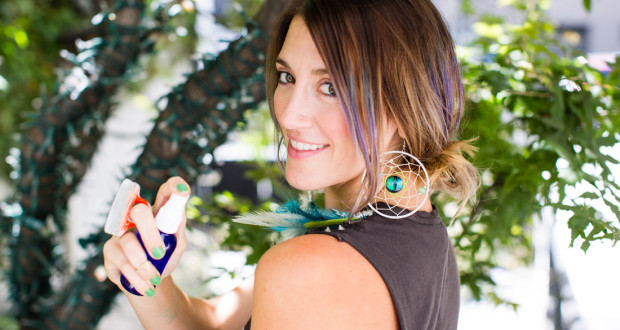 10 Unknown Side Effects of Neem

Neem is one of the most valued herbs in Ayurveda. It has strong medicinal properties. But with good things, there are some flaws associated. This wonderful evergreen traditional herb has some serious implications on your health, if taken in higher doses. In some cases, side effects of neem have proven to be life threatening for small children. So, before you start consuming any part of this tree, it is important to know about its probable side effects as well.

10 Side Effects of Neem:

Neem is an anti septic, anti fungal, and anti inflammatory herb. Along with its medicinal benefits, neem has shown negative impact on health in some laboratory tests. It is quite necessary for you to know about them before you begin intake of neem directly or in the form of some supplements.

1. Damage to Liver and Kidney:

Neem has natural anti oxidant property that shields both liver and kidney. These organs stay protected as long as neem is taken in smaller quantities. If you intake excess amount of neem in any form, serious damage can be caused to these vital organs. These side effects include yellowing of skin, jaundice, and urine infections like reduced urine production.

Though, neem is widely used in medication of skin diseases like psoriasis and eczema, yet it may cause some skin allergies. Neem is known for its anti bacterial and anti fungal properties. But some people are allergic to its composition in medications. As a result, they may suffer from symptoms like rashes, itching, and swelling on skin.

3. Side effects for children:

Neem oil may be a safer supplement for adults. But for children, it is totally avoidable due to its serious repercussions. It has compounds similar to Aspirin that can easily cause Reye’s syndrome in kids. Studies have shown shocking side effects in children infested with neem oil. These include diarrhea, vomiting, fatigue, irritability, brain disorders, drowsiness, and even coma.

By lowering blood sugar levels, neem may also cause diabetes. For patients suffering from this disease, it is important to monitor blood sugar level carefully while taking neem in any form. They may be required to switch their dose of medication as well.

Neem causes infertility in people. It is even widely used in insecticides to prevent reproduction of pests in plants. It causes harm to the sperms. Neem extracts may cause immune system to rise above acceptable levels. While for some people, it is desirable but for those trying to conceive, it is a strict no-no.

Neem has ability to induce boost in immune system. But such overdrive may prove fatal to people suffering from auto immune diseases like arthritis, multiple sclerosis, lupus, etc. Its potential to aggravate immunity may cause ineffectiveness of medications given for their treatment. Hence, it is better to avoid application or intake of neem in such conditions.

Neem extracts and oil is widely used for better digestion. But in some cases, they show adverse effects by causing stomach discomforts, vomiting, and diarrhea. For such people, it is suggested to limit dose of neem to lower levels to avoid its diuretic effects.

For successful transplant of organs, medications are given to avoid organ rejection by the body. The immunosuppressant may become ineffective due to immune boosting properties of neem. Hence, its usage must be avoided for organ transplant.

9. Side Effects during surgery:

Studies have shown that neem may cause interference with blood sugar level before or after a surgery. This is a major concern. As such, it is advised to stop taking neem two weeks before the surgery for its successful completion.

It has been revealed in some studies that neem causes harm to the fetus. Thus, pregnant ladies are often advised to refrain from its intake to prevent miscarriage. Even for lactating mothers, neem is never recommended for intake, anyhow!

Despite these side effects, neem is an amazing medicinal herb. But it is extremely important to take it in moderation like any other such herb. Also, always take expert guidance before using Neem for safer results.