Home » Sexual Health » The Myths and Facts about Nudism 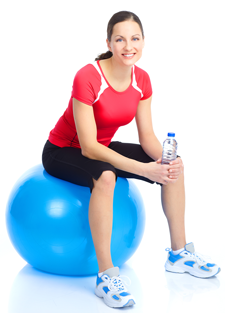 The Myths and Facts about Nudism

Scientists have a general idea about when humans first started wearing clothes. They draw their conclusions from genetic studies of the common body louse. The body louse feeds on humans but needs clothing to infest in order to do so. The studies show that humans first began to wear clothes some 72,000 years ago. That is give or take 42,000 years, so it is not exactly pinpointed. The human has existed in it present form, homo sapiens, for around 200,000 years, so the numbers show that most likely for more than half the existence of our species, we all were nudists. A nudist is, of course, a person who does not wear clothes.

In those early days, most humans lived in warm climates and there is some indications that they were much hairy than they are today. It was only when they began migrating to colder climates that clothes were first worn and even then it was not modesty, but warmth that was the motivation. Even as we became civilized and in the time of recorded history, the attitude about nudism was much different. In ancient Greece, for example, the habit of nudity was so common that even our word, gymnasium, comes from the Greek word, gymnos, which means nude. This came about because nudity in athletic events was common and accepted. Nudism as a cultural issue exists in only a few scattered and primitive tribes in the Amazon basin or remote Pacific Islands and these few remaining hold outs are under relentless pressure to get dressed.

Today, in what are called nudist colonies, or nudist resorts, people are selectively removing most of all of their clothing. This has led to some myths about nudity, or naturalism, as it is sometime called. One such myth is that nudity is immoral. The reason is seen as sexual in nature. It may be thought of as erotic or pornographic, but still sexual. In fact, nudist do not see themselves as either voyeurs, people who have a prurient interest in seeing naked bodies, or exhibitionists, people who have a prurient interest in being seen naked. In fact, the truth is that most nudists view it as a natural state and our purest form. They state we are born naked, so how can it be evil to be naked? They also extol the health benefits. The exposure to sunlight is good in that it leads to the production of vitamin D in the body. On the other hand, our increased knowledge of the causes of skin cancer has led sun block to be part of the nudist’s equipment.

Nudism is practice in many forms today. Nudist beaches are quite popular as are nudist vacations on either public or private land. The movement has several divisions of a philosophical nature within the lifestyle. One of the main ones being between the “clothes optional” and the “nudity required” subgroups.

Source by Natalie Aranda
2015-09-25
adminguy
Previous: 8 Ways to Naturally Reduce Inflammation
Next: Health and Nutrition Supplements – Are They Good Or Bad For You?