Home » Travel Medicine » The Challenges Of Medical Missions In Honduras 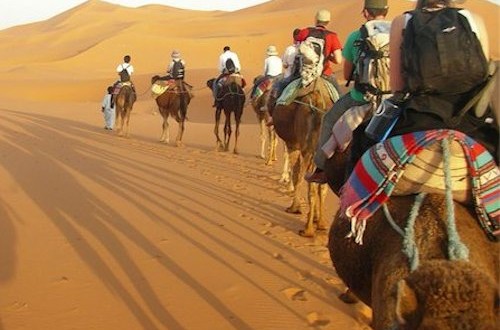 The Challenges Of Medical Missions In Honduras

Medical missions are being held worldwide in needing countries. honduras is no exception. Medical mission teams travel in remote regions setting-up their clinics in schools or churches.

Of course the first priority is to make sure the place is sanitized and the dogs need to find something else to do for a while. One medical doctor volunteer, Dr. Nathalie Fiset, explained how their team set things up and how each complimented the other and how they quickly organized to help the onslaught of patients;

“Dr Rudy is always my “left- winger” and I can call upon him anytime I need something complicated explained in Spanish to the mother. I see children and women under 35 years old. There are two other doctors who are seeing adults. Dr Jeff Kroll is a urologist and takes care of the minor surgeries with the material we brought. On an average day we see over 1000 people. I counted one day for fun and realized I had seen over 250 patients. Not a bad day at the office. We have to stop at sun down because we have no electricity and it gets pretty dark to see and diagnose when people show us a rash.”

So many of the people in rural Honduras do not understand medicine or how it works. Some think that a magic pill will be given to them. They think that a couple of vitamins will cure their malnutrition. Of course the medical volunteers know it does not work that way, yet still work hard to help any way they can. Some cases are simple others very serious and yet the camaraderie and team work helps them through another long day;

“One of the days, my energy level was very high and I must have seen over 300 people because Rudy was pretty sick and could see less people. Whenever I was done seeing patients, I would walk up to Ray, the man doing circulation and say “LISTA” meaning I am ready and he would send in more people. One time, I walk up to him and I say “lista”. He proudly sends in a family of seven. I rapidly see them and send them to pharmacy and walk back to Ray saying; ‘Is that the best you can do?'”

After a hard day helping people until it is impossible to see what you are doing any longer due to darkness the team is both amped with energy and exhausted at the same time. Grateful for making it through and physically and mentally drained. Like a group of marathon runners they reflect upon what they had just done, knowing that they need to get some sleep and prepare for the next day and do it all over again. The patients and locals are so appreciative noted one volunteer of the medical team;

“Most people stay with us after the clinic is finished and sing and pray with us returning to their home walking in the dark late at night”.

The serious cases are the ones which really take their toll on the volunteers said most of the medical doctors and assistants we interviewed. They all agreed that this is why they volunteered and said that it was lucky they arrived when we did. Each medical team had such stories of how they saved a young child’s life. Dr. Nathalie Fiset recalled one serious situation that was beyond their immediate abilities with the equipment and supplies they had brought;

“I had seen a child with severe asthma who was turning blue and losing consciousness. After giving him all the antibiotics, cortisone shots and inhalers we could see he was not getting better. When we told the mother she needed to go to the hospital, she said that was not possible because she had other children to take care of. We managed to arrange for her to get a ride from the only person who had a car and a neighbor would take care of the other children. If this child did not go to the hospital he would have died.”

The dental care and assistance needed for Hondurans is also a huge issue, as most people never brush their teeth and at a very young age, they have advanced cavities and teeth rotting to the bone. The dentists who go on these medical missions are doing only extractions-hundreds of them per day. One volunteer working along side a dentist pulling teeth stated;

“They often put me next to the dentist and seeing and hearing all those extractions make me want to “double-brush” my teeth at night!”

Most Honduras people are very tough and often women are breastfeeding while getting their teeth extracted, talk about dedication to motherhood? Of course dentists are a precious commodity for any medical mission to Honduras, as it seems they can never get enough.

Source by Nathalie Fiset
2015-10-12
adminguy
Previous: The Ins and Outs of Traveling
Next: Quick and Easy Ways To Naturally Prevent and Treat Colds, The Flu and Sinusitis