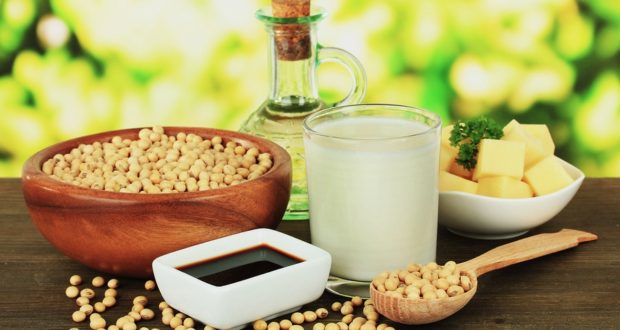 Harvard School of Public Health Chan Center – We’ve been told that regularly eating soy-based foods lowers cholesterol, calms hot flashes, prevents breast and prostate cancer, aids weight loss, and wards off osteoporosis. Some of these benefits have been attributed to a unique characteristic of soybeans—their high concentration of isoflavones, a type of plant-made estrogen (phytoestrogen). However, some of the claims made for soy were based on preliminary evidence.

Soy has also been investigated as a treatment for hot flashes and other symptoms that often accompany menopause. In theory, this makes sense because soybeans are rich in isoflavones, a form of plant-based estrogen – so they could cool hot flashes by giving a woman an estrogen-like boost during a time of dwindling estrogen levels.

Phytoestrogens don’t always mimic estrogens. In some tissues, they actually block the action of estrogen. If soy’s estrogen-blocking action occurs in the breast, then eating soy could, in theory, reduce the risk of breast cancer because estrogen stimulates the growth and multiplication of breast and breast cancer cells.

Although substances in soy could conceivably protect against endometrial, ovarian, colorectal, prostate, and other cancers, there is no strong evidence for this.

A few studies have raised the possibility that eating soy could help prevent the age-related loss of memory or decline in thinking skills.