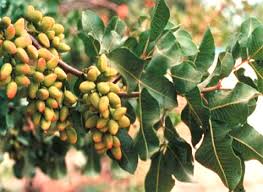 Micronutrients, Antioxidants and the Superfoods

There are a variety of different “superfoods” which provide essential vitamins, antioxidants, energy enhancers, macro minerals, lipotropic factors, and other key nutrients which have been known to help minimize free radical formation that speeds up the aging process and supports optimal heart, brain and immune functioning.

Bluberries, for instance, are rated as a superfood because they are very dense in the antioxidants called anthocyannins, which are also present in blackberries.

Berries in general are among the foods which are the most antioxidant-dense. Cranberries, Strawberries, Bilberries, Cherries and Raspberries have a particularly high ORAC (Oxygen Radical Absorption Capacity) Value.

Spirulina is a considered a superfood because it is a”live” food which is extremely protein dense.

Many of the nutrients in superfoods simply are not found in everyday foods.

Lutein, for example is found in leafy green vegetables such as Popeye’s favorite superfood, Spinach.

Among other benefits, Lutein acts as an antioxidant in the eye protecting cells from harmful free radicals.

Our bodies do not produce lutein, it must be consumed in our food.

Grapes are another major superfood. Grape Seed Extract in particular is well known for its proanthocyanadins and actually contains more antioxidant power than vitamins E, C or Beta Carotene.

It is a tremendous free radical fighter which is noted for cardiovascular health, brain health and even mental alertness. That is why it is found in many of the better supplements out there.

Oh yeah, grapes and grape juice by themselves are pretty good for you as well.

There are 4 principle polyphenols in green tea which are sometimes referred to as catechins. These super-antioxidants have been shown in various research studies to support the immune system, support healthy aging as well as to have a beneficial effect on the cardiovascular health. It is considered by some researchers to aid in fat usage rather than deposition. Epigallocatechin gallate (EGCG) is another key antioxidant found in green tea. It is at least one hundred more times more effective than vitamin C and some twenty-five times more effective than vitamin E at protecting cells and DNA!

Pineapple and Papaya qualify because they feature proteolytic enzymes that are needed for the restoration of old cells and the building of new ones.

They also have a systemic cellular anti-inflammatory action and they are noted for their helpful effects on joints, blood clotting as well as on the respiratory system. They offer superb support for the immune system.

Other foods which could be called superfoods or at least close to it are Wild Salmon (fish oil is extremely rich in the crucial omega-3 fatty acids epa and dha), black beans (high in protein and antioxidants) and Watermelon(this fruit has the most antioxidants of any)

Source by Ryan Joseph
2015-09-29
adminguy
Previous: Does The Fat Flush Diet Plan Work Or Is Just Another Fad?
Next: Super Foods to Lose Weight Fast