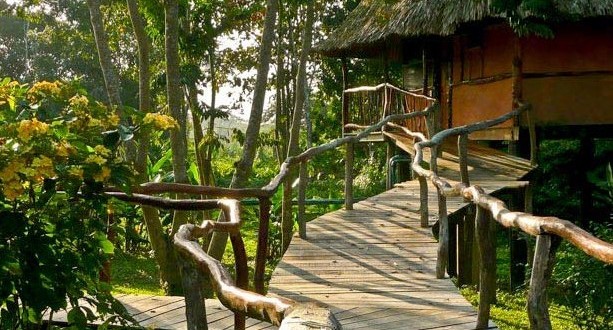 Liver cancer survival rates indicate the chances a cancer patient has of surviving the disease for a specified length of time. The rates are by no means a definite indicator of what will happen to a patient; they can at best predict a patient’s chances of what might happen to him, if a type of treatment plan is opted for, based on what has happened to other patients in similar circumstances. They serve as a guide to a patient and his family to know what they can expect if they choose a particular type of treatment or if they should consider one at all rather than just opt for pain relievers and sedation.

The liver is the largest gland in the body that performs the many vital functions of storing vitamins and nutrients, producing proteins that are required for blood clotting, creating bile required for digestion and of breaking down and filtering toxins from blood.

As with all other types of cancers, survival rates are heavily dependent on the stage at which the disease is diagnosed. This also determines the treatment options that can be opted for. Some doctor use the TNM classification method, in which T refers to the size of the tumor which can vary from T1 to T4, N indicates if the disease has spread to the lymph nodes and M indicates if it has spread to the other organs.

Some prefer to stage the disease into

a) localized resectable- if the tumor is contained in one spot (T1-T2),

b) localized unresectable – where the tumor is contained in one spot but can’t be removed,

c) advanced – if it has spread through the liver and elsewhere,

d) recurrent – if the cancer has returned after treatment.

There are 3 forms of treatment, surgery, chemotherapy and radiotherapy used singly or in combination depending on the stage of the disease and the prognosis.

Liver cancer survival rates are rather low because the disease can go undetected for sometime before any indications surface. The average age of diagnosis is 60 and more than half of patients are men.

The overall worldwide liver cancer survival rates indicate that only 7% of liver Cancer patients reach the 5 year survival mark after diagnosis. In cases where the cancer can be surgically removed, 75% will survive for 1 year, 50% for 3 years and 30% for 5 years.

Liver cancer survival rates are high in cases of primary cancer where a liver transplant is possible to as much as 75% for 5 years. Liver transplants for metastatic cases have a zero survival rate as it is only a matter of time before the cancer spreads to the new organ. Complete surgical resection at a stage when the tumor is completely resectable gives patients an even higher survival rate than a transplant; however, the number of cases when this is possible is very limited.

The only way to improve the survival rates for liver cancer is by understanding the risk factors which might make it easier for the disease to be diagnosed at an early stage. This means that high risk candidates must have regular ultra sounds and blood tests to check the liver enzyme level which will indicate if the liver is functioning at optimum level or not.

Source by Mert Ozge
2015-10-11
adminguy
Previous: Unity Candle Ceremony – What is the Origin and Symbolism?
Next: Ashwagandha, An Ancient Herb to Deal With Stress