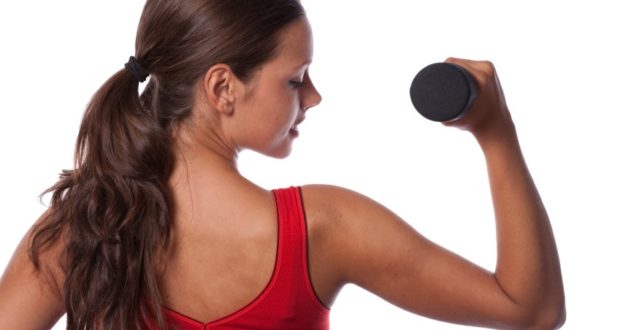 Upending conventions about how best to strength train, a new study finds that people who lift relatively light weights can build just as much strength and muscle size as those who grunt through sessions using much heftier weights — if they plan their workouts correctly.

Strength training has long been dominated by the idea that to develop a physique like that of Charles Atlas or even Zac Efron, we — and I include women here — must load our barbells or machines with almost as much weight as we can bear. 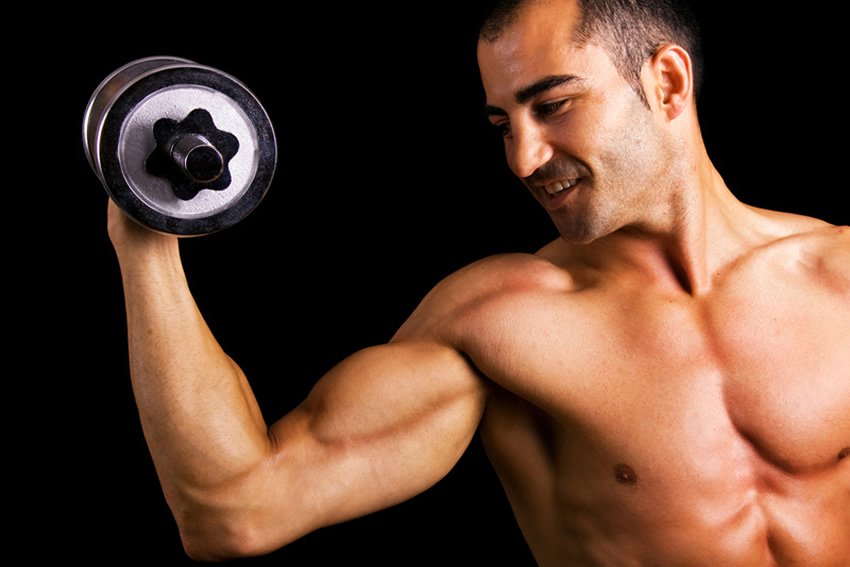 In traditional weight training programs, in fact, we are told to first find the heaviest amount of weight that we possibly can lift one time. This is our one-repetition maximum weight. We then use this to shape the rest of the program by lifting 80 to 90 percent of that amount eight to 10 times, until our affected arms or legs shake with fatigue.

This approach to weight training is very effective, says Stuart Phillips, a professor of kinesiology at McMaster University in Hamilton, Ontario, who has long studied muscles and exercise. It builds muscle strength and size, possibly, many experts believe, by sparking a surge in the body’s production of testosterone and human growth hormone.

But many people find lifting such heavy weights to be daunting or downright unpleasant, which can discourage them from taking up or continuing with a resistance-training program, Dr. Phillips says.

So in recent years, he and his colleagues have been looking into the effects of a different type of weight training, which employs much lighter weights hefted through as many as 25 repetitions.

Since 2010, his lab has published several studies in which volunteers followed either the traditional regimen using heavy weights or an alternative that employed much slighter weight stacks. In general, the lifters’ results were comparable.

But those studies had been small and featured volunteers who were new to the gym, potentially skewing the outcomes, Dr. Phillips says. Almost everyone who takes up weight training shows significant improvements in strength and muscle size, making it difficult to tease out the impacts of one version of training versus another.

So for the new study, which was funded by the Natural Sciences and Engineering Research Council of Canada and published this month in the Journal of Applied Physiology, he and his colleagues recruited 49 young men who had been weight training for a year or more. (The scientists plan to study women and older people in future studies.)

All completed tests of strength, fitness, hormone levels and muscular health, then were randomly divided into two groups.

One group was assigned to follow the standard regimen, in which weights were set at between 75 and 90 percent of the man’s one-repetition maximum and the volunteer lifted until he could not lift again, usually after about 10 repetitions.

The other volunteers began the lighter routine. Their weights were set at between 30 and 50 percent of each man’s one-repetition maximum, and he lifted them as many as 25 times, until the muscles were exhausted.

All of the volunteers performed three sets of their various lifts four times per week for 12 weeks.

Then they returned to the lab to have muscle strength, size and health reassessed and their hormone levels re-measured. 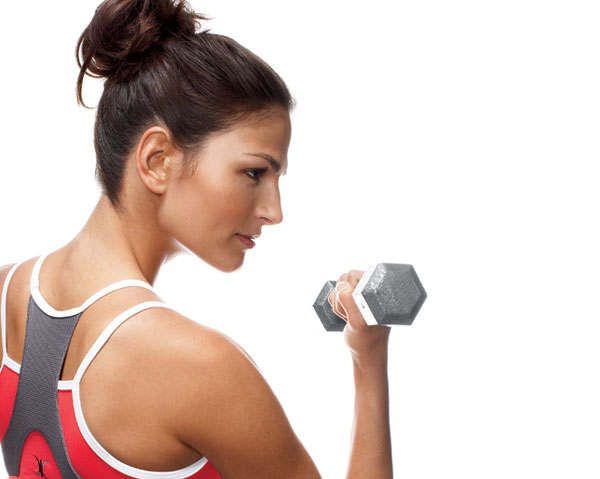 The results were unequivocal. There were no significant differences between the two groups. All of the men had gained muscle strength and size, and these gains were almost identical, whether they had lifted heavy or light weights.

Instead, the key to getting stronger for these men, Dr. Phillips and his colleagues decided, was to grow tired. The volunteers in both groups had to attain almost total muscular fatigue in order to increase their muscles’ size and strength.

That finding suggests, Dr. Phillips says, that there is something about the cellular mechanisms jump-started in muscle tissue by exhaustion that enables you to develop arms like the first lady’s.

This data does not prove, though, that one approach to lifting weights is necessarily better than the other, Dr. Phillips says.

“But some people will find it much easier or less intimidating” to lift lighter weights, he says, even though they need to complete more repetitions in order to tire their muscles. They also may experience fewer injuries, he says, although that possibility has not yet been tested.

For now, someone hoping to strengthen his or her muscles should choose a weight that feels tolerable and then lift it repeatedly until the effort of the final lift is at least an eight on a scale of one to 10, Dr. Phillips says. “There should be some discomfort,” he says, “but the dividends on the back side” in terms of stronger, healthier muscles “are enormous.”

2016-07-21
adminguy
Previous: Taking The Battle Against Lyme Disease Ticks To The Backyard
Next: Calendula – World Wide Use