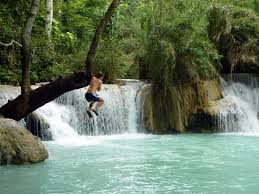 Rare skin parasites, causing relentless itchy skin, suffered by thousands of people world wide are becoming more common. The itching is so intense and relentless that the only relief is to take near scalding baths several times a day to keep the vermin at bay.

How are the itchy skin parasites contracted? One lady contracted them from a bird nest she knocked down from a window. Another lady along with her husband contracted them from furniture they rented while their furniture was in transit. One fellow contracted them from a dust cloud while cutting down a dead tree. Another woman removed a nest of mice from a comforter stored in her garage and contracted them. Exchanging dresses at a wedding with another bridesmaid was the downfall of another lady. One woman even says she contracted it from a fellow sitting across from her at a meeting at work. She claims to have seen droplets coming from his mouth as he spoke. My own personal hell started when I had a cloud of dust descend upon me as I pulled a strangulating vine from a tree in my back yard.

Onset of symptoms usually starts approximately twenty-four to thirty-six hours after exposure. The initial symptoms are an itching of the skin driving the individual to a hot bath to relieve the symptoms. Unfortunately within several hours the intense itching returns. Anti itch creams only provide respite for a few hours.

Usually there’s very little to be seen by the naked eye, except perhaps some notice their skin sparkling in the sun light. Within a few days, as the symptoms become more severe, the itching develops into a biting sensation which feels as if it’s from under the skin resulting in rashes and lesions developing everywhere.

The family doctor usually prescribes Elimite, Diprolene, Quell, Cortisone, sulfa drugs… and antibiotics for the rash. There instant relief for up to about four days and then the itchy skin symptoms return in full force. It’s almost as if the parasites adapt and become immune to the barrage of treatments.

Next, the family doctor refers the individual to a dermatologist or a specialist. The dermatologist or specialist is often at loss to explain the physical condition. Because he can’t diagnose anything, he often suggests the problem is caused by stress or because the lesions are being scratched by one’s fingernails.

However, the blood test comes back basically normal except for a slight elevation in the CBC which may indicate a slight infection–nothing for alarm. And the results of the biopsy are likewise negative. The individual begins to think that he/she is living a bad dream.

Unknowingly while all this is happening, the sufferer’s environment–that is the entire home including all furniture, bedding, clothing… is infected. Some sufferers begin to notice black specs or a gritty material in their bedding or they notice fibers emerging from some of the lesions and cotton ball like material on their skin.

Their desperation and panic results in all kinds of de-wormers, herbal remedies, chelation therapy and or removal of amalgam from filings in their teeth to remove mercury, medications from Mexico, faith healing, rifing… most to no avail.

The offending parasites are generally one or more of several skin parasites:

Unfortunately the fact is that nearly all physicians are totally inexperienced with the treatment of these pathogens and for two of them there are no diagnostic tests available. And ironically the one that can be identified (the strongyloides) is a rare nematode requiring a wormer which again physicians are inexperienced in its treatment.

How they are contracted is generally from skin contact with:

The Strongloides has a life cycle where they exist internally and part of their life cycle takes some of them onto one’s skin where they can contaminate others. So even though they can initially be spread by bed bugs and mites, they can also be spread simply with warm skin contact with an infected garment or furniture.

Once infected with the skin parasites a lot of hard work is required to take your life back.

2. A bathing protocols using Epson salts followed by wiping the body with tea tree oil and the use of 999 cream (available in Chinese stores).

3. The parasite/Lyme diet which is high in protein and zero in most popular carbohydrates such as fruits, wheat… The skin parasites have food preferences. There are foods that they enjoy and they reward you for feeding them with biting and itching and there are foods that starve them. It required three years to discover and perfect the diet. Fortunately it’s been reported to work with all known types of skin parasites. It is also this special diet that allows the next item to create magic.

4. Using ORAP or one of several other prescription medications can successfully eradicate many of the vermin.

Yes, life can come back to normal from these itchy skin parasites and you can awaken from this bad dream and all the directions are in an e-book entitled Soothing the Itch Within and the Diet to Control It.