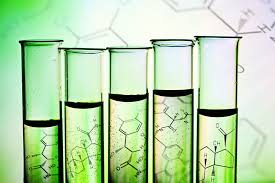 Factors That Affect How Drugs Work

Most drugs work through the interactions of the receptors found on the cell’s surface or the enzymes contained in the cells. The enzymes are responsible for regulating the pace of how chemical reacts. The molecules of enzyme and receptor have a particular three-dimensioned structure that permits only specific substances to attach to it. These substances should precisely fit to these molecules.

There are a lot of factors to consider when understanding how drugs work or how the enzyme and receptors molecules react to the chemicals from these drugs.

Each kind of drug has a diverse effect on the different types of body cells. The drug works only if the substance put forth an effort to influence and make changes on some of the body’s processes and cells. If there is no reaction, the drug did not work.

Before the drug intake, three factors that could affect the body’s response to the drug are the following:

1. Dose – Majority of drugs have no effect to one’s body if the minimum level of dosage is not given. Hereditary factors may play a role on the level of dosage to be given to an individual. Median lethal dose is the drug’s dose where 50 percent of the tested persons have shown positive response on the drug’s effectiveness.

2. Amount of time – There are drugs that are effective immediately once it entered the body’s circulatory system. Some of the drugs may take effect after a few hours and sometimes days. Drugs that have an immediate effect are defined as short term and are given in single doses while the drugs for long term are often provided in repetitive dosages.

Other significant factors are the individual’s metabolism rate, psychological environment, excretion route, hereditary influences, weight, sex and age. A drug’s effect on one’s body also depends on the drug’s ability to interact with the body cells and the function of these body cells.

1. The cell’s activity is either increased, decrease or blocked.

2. The missing component required by a cell to function properly is replaced.

3. The drug helps in moving the substance throughout the cell membrane.

There are also cases after entering the body the drug should be altered chemically before it can cause any effect on the cells. The chemical changes may happen on the cell’s receptor site or the individual’s intestines or stomach.

Source by Brian Jones Jr.
2015-10-14
adminguy
Previous: Heartburn and Ulcer Medicine Can be Causing Vitamin B-12 Deficiency!
Next: Can Alkaline Water Cure Your Disease?