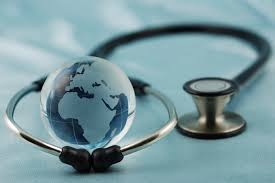 Diversity, multi-cultural & global awareness is a huge issue on college & university campuses. International students are a large portion of today’s college campus student body. Therefore global & multi-cultural awareness should be embraced, but most American students have never traveled abroad and don’t understand other cultures or ethnicities.

As a world traveling humanitarian worker, minister and professional speaker I serendipitously stumbled upon the need of multi-cultural and global awareness on college campuses while participating in a volunteer international language conversation hour for foreign students desirous of learning English.

It was a small way of giving back, not to mention after traveling to over 50 countries and 6 continents myself I was a bit bored with speaking only to Americans. Every time I came home from overseas, I went through reverse culture shock and felt homesick. Yet I was home. I eventually discovered that my heart is most at home abroad among the many wonderful people of the world.

I particularly took a shine to Asia, where two-thirds of the world lives. India and China alone account for two-fifths of the world’s populace. Yet if an American college student were to see a Sikh from India on his college campus, he might mistake him for a Muslim not being multi-culturally aware of the difference.

After working on ground zero the first week of 9-11, I immediately sensed a danger in America’s future foreign policy were we to go full force into “theaters of war” and prematurely and hastily demonize other nationalities and nations we know little about.

Unfortunately my instincts proved to be correct and our government did precisely that. Hence we are now paying for their foreign policy blunders and still trying to clean up the mess, while simultaneously endeavoring to regain the international community’s trust at large. The latter will not be easy as America has grossly violated and alienated the Arab and Muslim world.

Nevertheless Arab, Muslim, and Asian students continue to come to America to study at our colleges and universities. Here then is our opportunity to begin to build bridges, create multi-cultural and global awareness, and embrace diversity on campus.

I believe the colleges, universities, and academic institutions have embraced Muslims and Arabs and will continue to do so. The challenge remains educating (and re-educating) Americans who have no travel experience about other ethnicities and nationalities before stereotypes, misnomers, erroneous presumptions, flawed predispositions, rude prejudices, and belittling biases arise on campus to create conflict.

It is far better early on to invest in establishing a multi-cultural and globally aware student body that embraces every ethnicity within the academic family, than alienate the bright international students and many wonderful ethnic groups among us and find ourselves devilishly divided and later embroiled in a lawsuit.

Truly diversity and cultivating a multi-cultural, inclusive attitude on your college campus is serious and should be strived for to ensure success for your college and university.

It’s time diversity became a cause for celebration not division. The world is getting increasingly closer thanks to the arise of the Internet and modern technology. Our paths are crossing throughout the world more and more frequently. The potential for new breakthroughs and success via cross-pollination academically is limitless.

Therefore let us create an academic community where global & multi-cultural awareness is cultivated on campus so we can transcend the tendency to fight one another and begin to passionately feel for one another as family.