Home » Health & Nutrition » Are You A Deep Sleeper? 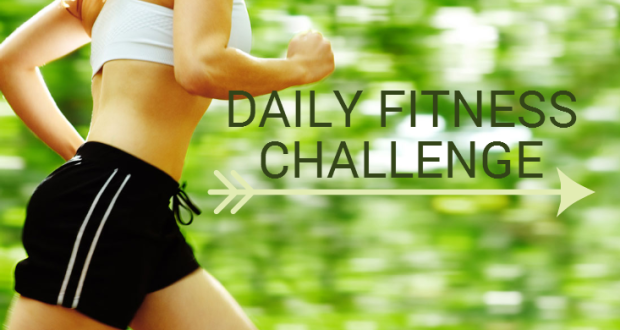 Are You A Deep Sleeper?

How is the quality of your sleep? Do you wake up several times at night and are you able to fall back asleep? When was the last time you woke up in the morning feeling truly refreshed?

Just because you are not one of those who have problem falling asleep, you may not think of yourself as an insomniac. But because you have difficulty entering into deep sleep stages, you end up waking up repeatedly throughout the night. Over the long haul, this deficiency in deep sleep may result in intense fatigue and increase your risk of diabetes, cardiovascular disease, and obesity.

Many prescription sleep medications are good for inducing sleep, but they impair deep sleep, which is why patients who are on these drugs tend not to wake up feeling rested. Taking sleeping pills also come with risks, such as dependence, next-day drowsiness, memory loss, and sleep-walking.

In the following, we will first look at what happened when you have a deep and restful sleep versus a more shallow and erratic sleep, and how it may affect your health. Then we will discuss some natural strategies for good sleep and various drug-free options that promote deeper sleep.

Generally, the course of a night’s sleep follows a pattern of alternating REM (rapid eye movement) and non-REM phases, with the first REM phase occurring within 90 minutes of falling asleep. During REM sleep, dreaming generally occurs and muscles are paralyzed. Blood flow to the brain increases by 50-200%. This is the phase when the brain regenerates its own energy.

Typically, after initially falling asleep, one will go from REM to non-REM sleep. There are four stages of non-REM sleep:

Stage 1: Light sleep. One can be awakened without difficulty; if aroused, a person may feel as if he or she has not slept. This stage may last for 5-10 minutes. Many may notice the feeling of falling during this stage of sleep, which may cause a sudden muscle contraction.

Stages 3 and 4: Deep sleep, with stage 4 being more intense than stage 3. If aroused, a person may feel disoriented for a few minutes.

To this day, researchers have not yet identified the precise neural pathways and neurotransmitters that regulate these sleep phase transitions. As indicated in the diagram above, people with poor sleep tend to have a more shallow and erratic sleep pattern, with relatively less sleep time spent in non-REM stages 3 and 4. They may be able to fall asleep initially but tend to wake up more often during the night and do not feel as rested in the morning.

Sleep, especially, deep sleep is vital to good health. It is characterized by heightened anabolic activity (building up of tissues for growth), tissue repair of all major organ systems, and strengthening of the immune system. A host of hormonal and metabolic activities take place during the various phases of sleep:

As indicated, the entire endocrine (hormonal) system is highly involved and affected by sleep. That is why sleep problems are so often correlated with metabolic dysregulation, weight gain, and cardiovascular risk. As you get older, there is also a tendency to sleep more lightly and get less deep sleep even though the amount of sleep required does not appear to diminish with age.

If you have problem falling asleep or if you are a light sleeper and wake up too often at night, you should definitely try out the following strategies:

Cut caffeine. Caffeine is the most popular drug in the world. It is a central nervous system stimulant that many of us use to remain alert during the day. However, caffeine cannot replace sleep. Once in the body, it takes about 6 hours for one half of the caffeine to be eliminated; in other words, after 18 hours, you still have 12.5% of the caffeine left in your system. That explains why for some people even one cup of coffee in the morning may still keep them awake at night. If you are a light sleeper, caffeine may be the culprit that prevents you from going into deep sleep.

Avoid alcohol. Alcohol may have a sedating effect that helps you fall asleep quicker but it also increases awakenings during the second half of the night. With alcohol, you go into deep sleep right away, missing out on the initial stage of REM sleep. When the alcohol starts to wear off, you come out of deep sleep and go into REM sleep, which is much easier to wake from. This is why you often wake up after just a few hours of sleep when you drink at night. Alcohol also dehydrates you and make you snore loudly. For people who are prone to sleep apnea or sleep-walking, alcohol usually exacerbates the conditions.

Quit smoking. The nicotine in cigarettes is a stimulant, which can keep you awake. Compared to non-smokers, smokers tend to take slightly longer to fall asleep, sleep less, and have less deep sleep.

Exercise regularly, but not several hours before bedtime.

Establish a regular, relaxing bedtime routine. Take a bath, listen to soothing music, or just simply relax. Stop watching TV, working on the computer, or playing video games an hour before bed. The bright screen may affect your body’s secretion of melatonin, the sleep hormone.

Create a sleep-conducive environment. Your bedroom should be completely dark, quiet, and cool. Your mattress and pillow should be comfortable. Switch off all electronic devices in the bedroom.

Finish dinner at least 2-3 hours before bedtime. Some people wake up at night because their blood sugar drops too low. If this happens to you, it will be helpful to have a light snack of protein and healthy fats before bed to stabilize blood sugar throughout the night.

Make a to-do list. Before going to bed, write down all the things that need to be tackled the next day so they are not swimming around in your head. Or alternatively, unload all your thoughts in a journal.

According to the National Sleep Foundation, 30% of American adults suffer from insomnia and 62% experience a sleep problem a few nights per week. No wonder over 66 million sleep medications were prescribed in the U.S. in 2010. Yet, taking sleeping pills has a risk of dependence and withdrawal repercussions. A major side effect is that they can cause next-day drowsiness, confusion, and forgetfulness.

This leads many to turn to natural sleep aids, such as melatonin, L-tryptophan, 5-HTP, GABA, L-theanine, kava, valerian root, chamomile, and other nutrients and botanicals. Since every person’s reaction can be different, some people say they work well, while others report that they only work to a certain degree and are not very reliable over time. The following is a brief explanation of each. Always start with the lowest dosage and increase gradually until sleep becomes optimal.

Melatonin is a sleep hormone produced by the pineal gland in the brain. Melatonin helps control your sleep-wake cycle. Darkness increases the secretion of melatonin whereas bright light inhibits it. Very small amounts are found in foods but it is also available as a supplement. Melatonin is not habit-forming and is generally safe in 3-6 mg doses taken 30 minutes before bedtime. Sublingual (under the tongue) tablets are faster-acting. Side effects may include vivid dreams and morning grogginess.

L-tryptophan is one of the essential amino acids (building blocks of protein) that your body uses to make neurotransmitters such as serotonin and melatonin. These neurotransmitters act as chemical nerve messengers that tell your brain to shut down for the night. L-tryptophan is found in foods such as seafood, poultry, and dairy. To induce sleep, take 1,000-3,000 mg 30-45 minutes before bedtime. Beware that medications for depression interact with L-tryptophan. Side effects may include dry mouth, nausea, dizziness, headaches, and loss of appetite.

5-HTP is a compound produced by the body from tryptophan. In Europe, it has been used for decades to treat depression and sleep problems. 5-HTP boosts brain serotonin levels, increases REM sleep as well as stages 3 and 4 deep sleep. Recommended dosage is 100-300 mg taken 30 minutes before retiring. Higher dosage may lead to a greater number of disturbing dreams and nightmares due to prolonged REM sleep.

GABA is a calming amino acid and a neurotransmitter. It is a natural tranquilizer and helps induce sleep and improves sleep quality. For insomnia, take 500-1,000 mg an hour before bedtime. GABA supplements are generally safe when used appropriately.

L-theanine is a relaxing non-protein amino acid found in green tea. It increases the body’s GABA levels and improves sleep without creating drowsiness or diminished motor performance. L-theanine has been used as a relaxant supplement in Japan since the mid-1960s. To use as a sedative, take 200-400 mg before retiring. L-theanine may decrease blood pressure, therefore, taking it along with high blood pressure medications may cause your blood pressure to go too low.

Kava is a plant that belongs to the pepper family and has been used as a medicine in the South Pacific islands for centuries. Kava has a calming effect and produces brain wave changes similar to diazepam medications like Valium. It has been shown to promote deep sleep in people with stress-related insomnia. Recommended dosage is 150-250 mg of kava extract in the form of kavalactones taken 30-60 minutes before bedtime. Kava may be habit-forming and should not be used long-term.

Valerian root has been used as an herbal sedative and anti-anxiety treatment since at least the time of ancient Greece and Rome. Valerian may help you fall sleep faster and improve the quality of sleep. It becomes more effective over time, so it is best to take it every night for a short period of time. Recommended dosage is 400-900 mg up to 2 hours before bed. Valerian usually causes no side effects although at higher dosage, some people may experience daytime fatigue.

Chamomile tea has a calming effect and may help you fall asleep quicker. To get the medicinal effects of chamomile, you need to use two or three tea bags and steep in hot water for a few minutes. Avoid if you are allergic to ragweed.

If you have any health conditions, are on any medications, pregnant, or nursing, always check with your healthcare professional before taking any of these supplements.

In 2007, there was a breakthrough in the search for a natural sleep supplement for people with troubled sleep, especially those prone to waking up in the middle of the night. Research scientists found that taking high concentrations (3 grams) of glycine before bedtime helped the subjects fall asleep quicker. It also promoted the prolongation of stages 3 and 4 deep sleep in the first sleep cycle and prevented sleep fragmentation, increased alertness the following day, and improved memory performance.

If your sleep happens to be less than desirable, give glycine a try. Glycine comes in a capsule or powder form. Take 3 grams before bedtime and see how it works for you.