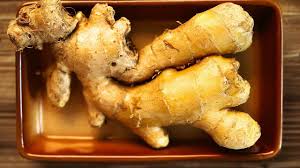 1. Fast food has a very high energy density. About 65 percent higher than a typical diet and twice as high as recommended healthy diets which makes us eat more than we otherwise would. Energy density refers to the amount of calories an item of food contains in relation to its weight. Foods with a high energy density confuse the brain’s control systems for appetite, which are based solely on portion size.

2. British researchers from the Medical Research Council Human Nutrition Center and the London School of Hygiene and Tropical Medicine have determined that repeated eating at McDonald’s or KFC or Burger King, people are more likely to gain weight and become obese. This is because fast food not only contains many more calories than traditional food, but also is more likely to undermine normal appetite control systems.

3. By eating a Big Mac and fries, the body consumes almost twice as many calories as you would if you ate the same weight of pasta and salad. Fast Food restaurants feed the obesity epidemic by getting people to eat many more calories than they need through persistent advertising.

4. McDonald’s, KFC, and Burger King menu items using nutritional data from the fast food restaurants’ Web sites, found that when we eat high energy density foods, we don’t reduce the portion size so we get a lot more calories than we need. Our current society possesses a weak innate ability to recognize foods with a high energy density. Food intake is assessed by the size of the portion, yet a fast food meal contains many more calories than a similar sized portion of a healthy meal. The conclusion is we are all being fooled into eating too much food.

5. People get fat eating regular portion sizes, but since the food has a high energy density, people gain weight. In evolutionary terms, the human appetite was designed for low energy density foods. In other parts of the world where these foods are still the dietary staples, obesity is virtually non existent. Our bodies were never designed to cope with the high energy dense foods consumed in the West. That is a major reason why fast food in contributing to the major rise in obesity.

6. Another fact is that fast food may speed up people’s risk of clogged arteries that can lead to heart attacks. Researchers at the Veterans Administration Medical Center in San Francisco have demonstrated that a certain type of fat, called oxidized fat, can accelerate the buildup of plaque in arteries. And many types of fast food such as hamburgers, pizza and French fries are loaded with oxidized fat. The conclusion is fast food meals are high in saturated fat and low quality carbohydrates, white bread and lots of soda. Our bodies require fiber and more healthful types of fats. Fast food represents a dietary pattern that is the opposite of what is recommended for a healthy body.

Source by Glenn Freiboth
2015-09-28
adminguy
Previous: Macronutrients – Protein
Next: Does Protein Powder Really Work and Are They Healthy? The Truth Will Shock You!