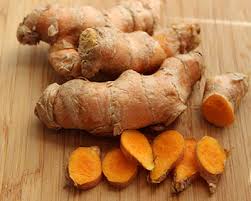 5 Unknown Superfoods That Are Great For Our Health

1. Alcohol has been called the “water of life” for centuries and this is certainly being borne out by modern medical research. Moderate consumption relaxes the muscles and expands the blood vessels, lowering blood pressure and thereby also lowering the risk of heart disease. It also plays a part in thinning the blood and reducing the stickiness of blood platelets that can clump together to form a blood clot. Alcohol increases HDL levels, or good cholesterol levels, in our bodies and surprisingly enough, has also been shown to be beneficial to the brain although one should never drive while under the influence. The caveat to all this is that alcohol should be consumed strictly in moderation for these benefits to show up and excessive consumption (more than two drinks a day) can have the opposite effects.

2. Beans lower cholesterol with soluble dietary fibers called gums and pectin that soak up the fats before being eliminated, thereby preventing the fats being absorbed by the body. Oats have a similar effect. Beans are digested slowly and increases blood sugars gradually which is good for diabetes patients. It has been shown that people with diabetes can reduce their insulin intake dramatically by adopting a diet rich in beans. The only negative is that beans produce gas in the stomach but one way to reduce this is to soak the beans in hot water for a few hours before cooking. The water draws out the sugars in the beans which can them be drained and cooked normally.

3. Berries like blueberries and cranberries contain pterostilbene (pronounced “tero-still-been”) which is an antioxidant that stimulates liver cells to reduce cholesterol production. In fact, the USDA seems to think that a pterostilbene extract might make a much safer and better anti-cholesterol medicine than some of the ones currently on the market. Much needs to be studies yet on how effective berries might be in fighting cholesterol but lab results show that ounce-for-ounce, blueberries have higher antioxidant content than most other vegetables and fruits.

4. Bison today number almost half a million and are no longer considered an endangered species. Bison meat is considered the ideal alternative to beef which has been linked to various health issues, including high cholesterol. Bison meat has less fat and cholesterol and more nutrients than most other popular table meats, including beef, pork and even chicken. It has a meaty taste that can withstand grilling and broiling but gets dry when roasted because of the lack of fat.

5. Human breast milk is more nutritious than cow’s milk and is more easily digested by humans. It stimulates an infant’s immune system and encourages the body’s production of infection-fighting antibodies, specially those that fight infant diarrhea, a leading cause of infant death. It is one of the best starts that a baby can get and getting breast milk during the first month or so of life may give the child the gift of lower cholesterol levels, lower blood pressure and a slimmer body later in life.

Source by Jayan B
2015-09-30
adminguy
Previous: What Causes a Yeast Infection on the Buttocks? How to Get Rid of It
Next: Two Proven Herbal Supplements for Stress and Anxiety