Home » Uncategorized » What Is Wudang Taoism? 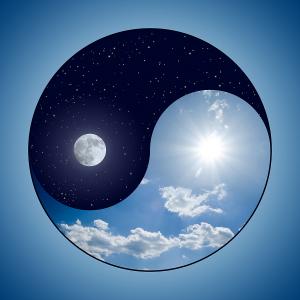 What Is Wudang Taoism?

Wudang Taoism is one of the important schools of Chinese Taoism with the same origin of Chinese Taoism in its theology and doctrine. The characteristics of Wudang Taoism are as follows: The major deity of its worship is God of Zhenwu; it puts emphasis on exercises of active substance in vivo; it is more skillful in averting disasters with talismanic figures and praying for rain; it lays stress on loyalty and filial piety; and it holds drawing on the enlightenment from Confucianism and Buddhism.

During the period from the Spring and Autumn Period (770-476 BC) to the last years of the Han Dynasty (206BC-220AD), Mt. Wudang was already an important site of religious activities. Quite a number of high officials and noble lords came to Mt. Wudang for active cultivation.

Among them were Yin Xi, a senior official in the Zhou Dynasty(770-221BC), Dai Meng, a general of Emperor Wudi in the Western Han Dynasty (206-BC-24AD) and Ma Mingsheng and Yin Changsheng, both were famous alchemists. After Taoism was founded in the Eastern Han Dynasty (25-220AD), Mt. Wudang gradually became a center of Taoist activities in Central China. In the period from the last years of the Eastern Han Dynasty to the Northern and Southern Dynasties (420-581AD), hundreds of officials resigned from their posts and left home for self-refining on Mt. Wudang due to the social and political disturbance.

In the Sui Dynasty (581-618AD) and the Tang Dynasty (618-907AD), the feudal emperors held esteem for Wudang Taoism, which stimulated the Taoists to further efforts in developing Wudang Taoism. The emperors in the Tang Dynasty regarded Lao-tzu as their ancestor as the emperors and Lao-tzu have the same family name “Li”, so, they supported and worshiped Taoism, making Taoism the most important ideology amongst Confucianism, Buddhism and Taoism.

It was Yao Jian (the local official in charge of the military and administration affairs ) who made Mt. Wudang receive special favor from the imperial court of the Tang Dynasty. In the Zhenguan period of the Tang Dynasty, the country suffered from dry damage and a plague of locusts. The emperor issued an imperial edict that all religious followers in temples and monasteries should pray for rain. All of them failed except Yao Jian who led the Taoists on Mt. Wudang in praying for rain.

The emperor was so pleased that he ordered a hall to be built named Five Dragons at the foot of Mt. Wudang. At that time many Lofty Taoists were refining on the mountain, such as Sun Simiao (581-682), Tao You’an and Lu Dongbin, one of the eight famous immortals. In the last years of the Tang Dynasty, Mt. Wudang was listed as the 9th of the Seventy-two Blissful Realms.

In the Song and Yuan Dynasties, the feudal rulers held the greatest esteem for (the) God of Zhenwu, improving the formation and widely spreading of Wudang Taoism. In the second year of Zhenzong’s reign of the Song Dynasty (1018), the Emperor conferred the title of “Efficacious God of the Northern Mansions” on Zhenwu and ordered a statue of Zhenwu made on the mountain.

The Five-Dragon Hall was extended into a large temple. Again Emperor Renzong of the Song Dynasty worshiped God of Zhenwu as the God of the Imperial Court. The famous Taoists in this period were Deng Ruochuo, Fang Changxu, Xie Tiandi and Sun Jiran who made great contributions to the development of Wudang Taoism.

In the Yuan Dynasty, the imperial rulers bestowed great favors upon Taoism and Mt. Wudang became a grand service of the imperial court “to pray for longevity and consecration”.

Wudang Taoism had greater influence on common people so that thousands of Taoist followers in the country made pilgrimages to Mt. Wudang every year. “It is said that the third day of the third lunar month is Zhenwu’s birthday on which tens of thousand of Taoist followers carrying valuable birthday presents were going along the valley to Mt. Wudang to join in the divine celebration.” Wang Zhenchang, Ye Yunlai, Zhang Shouqing and other lofty Taoists took advantage of the situation to enlarge the Taoist organizations. Before long, Mt. Wudang became as famous as Mt. Dragon and Tiger, another well-known mountain of Celestial Master Taoism.

In the Ming Dynasty, all the emperors held great esteem for Mt. Wudang, regarding the place as their “Imperial Ancestral Temple” and embracing Zhenwu in a way as God defending the Kingdom. As a result, Mt. Wudang was held reverence as “the First Mount of Immortals in the World”, above the Five Sacred Mountain. Mt. Wudang had been the center of Taoist activities for about 200 years since. Zhu Yuanzhang, the first emperor of the Ming Dynasty, believed in Taoism and God of Zhenwu, which had exerted great influence on the following emperors of the Ming Dynasty. It was Zhu Di, Emperor Chengzu, who made Wudang Taoism to enter a period of full bloom. Zhu Di was the fourth son of Zhu Yuanzhang and he was first conferred king of the Yan Kingdom, defending North China.

After the death of Zhu Yuanzhang, Zhu Yunwen, the eldest grandson of Zhu Yuanzhang, succeeded to the throne. Zhu Di staged an armed rebellion in the name of “Ridding the emperor of evil ministers” and finally he seized state power from his nephew Zhu Yunwen. In order to consolidate his power, Zhu Di claimed that it was God of Zhenwu whohad assisted his father and himself to take over state power. To pay a debt of gratitude to God of Zhenwu, in the tenth year of Yongle reign (1412) Zhu Di sent Zhang Xin (Lord of Longping), Mu Xin (Minister of the Ministry o Rites) and Guo Jin (Vive-minister of the Ministry of Works) to Mt. Wudang to take the charge of the construction project. After more than ten years, on Mt. Wudang appeared a huge architectural complex, interspersing at 33 sites including nine palaces and nine temples.

In later years of the Ming Dynasty, the emperors, the imperial kinsmen, the local officials and Taoist followers from the four corners of the country, exerted their efforts in extending the complex. In order to fully control the Taoists activities on Mt. Wudang, emperors in the Ming Dynasty designated eunuchs and military governors to supervise the Taoist affairs.

Emperor Chengzu had 400 senior Taoists chosen from Taoist Temples around the country and sent to Mt. Wudang as a way to enforce and develop Wudang Taoism. Among the 400 senior Taoists 23 were chosen and conferred the title of “Superintendent” to control the Taoist activities in every temple.

The emperor also bestowed a large area of cropland near the mountain to the Taoist temples and 555 criminals were sent to till the land so the Taoists would have enough food. In the period of Jianing’s reign (1522-1566) of the Ming Dynasty there were about 500 Taoists priests and 10,000 official supervisors over Taoist Congregation, common Taoists, armed men and craftsmen on the mountain.

In the Qing Dynasty, the rulers showed more favor to Buddhism than to Taoism, so Wudang Taoism gradually declined. However, there were still many Taoist followers among the people who went on a pilgrimage to Mt. Wudang every year.

In the period of the Republic of China, temples and palaces fell into disrepair and Taoist activities almost stopped due to chaos caused by war and the shortage of funds.

After the founding of the People’s Republic of China in 1949, the Central Government pursued a policy of freedom of religious belief and Taoist normal activities were restored. Especially since 1978 when China began to pursue the policy of economic reform and opening door to the outside world, Wudang Taoism has taken on a new look. In 1984 Mount Wudang Taoist Association was founded and The Articles of Regulations of Mount Wudang Taoist Association were formulated.

In the past 30 years, the people’s governments at various levels and Taoist organizations have made large investments in rebuilding and maintenance of the Supreme Harmony Palace, the Purple Heaven Palace, the Imperial Tabled Pavilion, the Jade Terrace Temple and other buildings in bad disrepair.

The disquisition of Taoist culture has been conducted and the books on Taoist culture published include Brief History of Wudang Taoism, Mt. Wudang —-A Pearl of Historic Resort in China and The Twelve Channels and Collaterals of The Internal Classic of the Yellow Emperor.