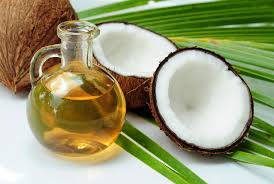 The Downfall of Coconut Oil, Saturated Fat and Cholesterol

Coconut oil has been demonized for decades since the 1900s. Generations have been led to believe that this tropical oil clogs the arteries and causes heart disease. Unfortunately, many did not know the research studies used to attack coconut oil was flawed. In addition, coconut oil was initially deemed bad because it contained primarily saturated fats. In other words, coconut oil was guilty by association with saturated fat.

In 1913 a Russian scientist conducted an experiment by feeding cholesterol to rabbits. This classic experiment showed that rabbits fed cholesterol developed deposits of gunky and sticky materials known as plaque in their arteries. The findings from this experiment became the benchmark for all subsequent experiments that investigated the correlation between cholesterol and heart disease. This also became the origin of the Diet-Cholesterol Theory of Heart Disease.

In 1953 an American scientist and physiologist by the name of Ancel Keys published a population study known as the Six Country Study. Keys examined the correlation of fat consumption and deaths from heart disease in six countries. His results showed that increased consumption of fats, particularly saturated fats, was correlated to increased number of deaths from heart disease. This was the landmark research which delivered the heaviest blow to fixating saturated fat as the villain for heart disease.

Keys’ career soared high and far with this study. He was featured on the cover of Time magazine in 1961, with an article proclaiming to the world that saturated fat was bad for the heart. Keys subsequently obtained more research funding for his follow-up study. He then published another paper known as the Seven Country Study in 1970, which further strengthened the original findings from the Six Country Study. Keys’ studies gave rise to what is known as the Lipid Hypothesis.

The bad reputation of coconut oil came about in the 1980s. It was due to an orchestrated attack by several parties, working together to bring about the near disappearance of tropical oils, in particular the coconut oil. As saturated fat was being defeated at the time, the American Soybean Association (ASA) saw the opportunity of a lifetime to ride on the wave to wipe out coconut oil, the major saturated fat in the oil market. This loosely marked the beginning of the War on Oil or Oil War.

The ASA together with the Center of Science in the Public Interest (CSPI) launched a full battle against coconut oil through various means including sending out ‘Fat Fighter’ kits that called on soy growers to write to government officials and food manufacturers to stop using coconut oil. Out of nowhere a Nebraskan millionaire Phil Sokolof, a recovered heart attack patient, joined in the battle by running a series of full-page advertisement in national newspapers accusing food companies in their use of tropical oils with high levels of saturated fat to poison America.

These series of attacks did a very effective job in affecting public sentiment and succeeded in planting the fear of saturated fat. Eventually the public began to avoid anything and everything that had tropical oil in it. As a result, the tropical oil market was reduced to a near death scenario.

In recent decades, the American Heart Association (AHA) launched a Meet the Fats campaign that educates the public on fats. Trans fat and saturated fat are called the bad fats, while monounsaturated and polyunsaturated fats are labeled as the better fats.

As you can see beginning from the early 1900s scientific studies and the subsequent changes in dietary guidelines and philosophy in the decades that followed have all contributed to our current views of diet and the current status of health condition.

The effect was not confined to the United States. In reality it was global over the decades that followed. Coconut oil producing nations began to lose its overseas market initially and the local market subsequently, resulting in many of the coconut growers switching over to other crops. Countries that used to consume tropical oil began switching to pure vegetable oils such as soybean oil, corn oil, sunflower oil and canola oil. Margarine also began to overtake the butter market share due to advertising and lower price. People gradually grew weary of their egg consumption as the fear of cholesterol gain momentum in these nations.

Today, much of the influence due to Lipid Hypothesis and the Diet-Cholesterol Theory of Heart Disease can be seen in the market place, dietary habits, and medical practice and philosophy in the United States and around the world.

In a follow-up article we will look at the flaws of the various studies which condemn coconut oil, saturated fat and cholesterol. For more free information about coconut oil, check out the website at http://virgincoconutoilmalaysia.com.