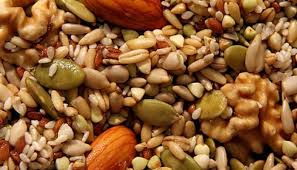 Stagnant Liver Qi – The Cause of Many Eye Problems

Do you have a blockage in your liver qi?

Disharmony in our health can often be traced back to stuck liver blood and qi . Qi is the vital energy or life force that circulates in all our bodies. When qi becomes stuck due to negative emotions, trauma, cold or parasites, the result is that there is a snowballing effect throughout the body. Other organs which rely on the smooth flow of liver qi, such as the heart, lungs, stomach and spleen will suffer and their functions will be diminished.

The function of the liver is to store blood; harmonize the emotions and control the ascending, descending, and harmony of bodily qi. In particular, the eyes, tendons and the nails depend on the nourishment of liver blood. Disharmony in these areas is usually a tell tale sign that something is amiss with the liver.Eye disorders caused by insufficient liver blood are dryness of the eyes, floaters, blurred vision and night blindness. The liver and the eyes are closely related. In fact, it is said that the eyes are the external orifice of the liver.

As previously stated, negative emotions can damage qi. The emotion that is most damaging to liver qi is anger. When anger damages liver qi the result is self perpetuating. An imbalance in the liver causes the liver to generate more anger. Hence it is probably fair to say that a person prone to anger has stuck liver qi.I know someone who said that she became so angry once that she went temporarily blind. This would be because the anger so blocked the liver qi that it stopped blood flowing to her eyes. Also, when qi is constricted in the liver, the liver heats up like a compost heap. This causes a whole host of problems as toxic heat from the liver rises upwards. When liver qi is stagnant it creates heat which rises up to the eyes. The result of rising liver heat is red eyes, swollen eyes, conjunctivitis, dizziness, headaches, outbursts of anger, depression, pain in the neck and shoulders and insomnia. Wind stirs up the liver qi and an acupuncturist will often see problems caused by wind attack after a windy day. I once had a patient who was suffering from a serious pain to the right side of his back. Ten sessions of physiotherapy had failed to relieve the pain. He told me that the pain had struck the day after he had played golf on a very windy day. I treated his liver with acupuncture and when he returned the next week he said that the pain had disappeared straight after the treatment.

Right sided shoulder and back pain are frequently caused by liver imbalance. Hence, massage provides only short term relief as it is necessary to treat the liver directly to bring about a cure.The above are just some of the ways that imbalances in the body can be related back to liver qi disharmony.