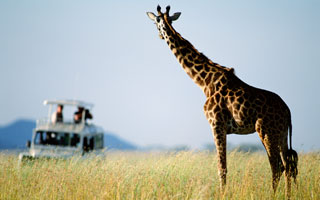 I have it on good authority, from one of the IVF Goddess site members, that there is one distinct advantage to combining air travel with IVF.

Apparently when carrying all the necessary paraphernalia you get VIP treatment, bordering on that of a rock star with his/her instruments, as you get individually searched and waved through before the madding crowds.

And of course it’s the only time in your life you get to say to Customs, “Yes sir, I have drugs in my hand baggage,” without being escorted off to spend the rest of your life in prison.

Unfortunately the VIP treatment ends there and doesn’t translate to an upgrade or anything, though surely this should be included in the price or at least be an optional extra wouldn’t you think?

I remember flying interstate for my frozen embryo transfer and at the time I felt like I was on a top secret mission involving the couriering of a special package. That the package happened to be in my womb didn’t matter, it still felt as if there should some kind of be protocol surrounding it – an embryoguard escort for instance.

But should you fly when undergoing IVF? Probably not if you have a crippling fear of flying and require heavy sedation before the plane leaves the aerobridge. Medically though, doctors have no objection, just as they have no objection to pregnant women flying and there is no documented reason why you shouldn’t.

Even if you’re on a long-haul journey you can still inject yourself, as diabetics do, in the toilets and most modern airliners have needle disposal bins in the toilets for that purpose.

If, like me, you need your partner’s assistance to inject you’ll just have to take him in too although not if he bears a striking resemblance to Ralph Fiennes or you’ll have the crew banging on the door wanting their turn.

In fact it would be a good idea to let a crew member know what you need to do, after which there’s a good chance you’ll be escorted to a less grungy and more spacious Business Class toilet.

Flying after the embryo transplant is fine too, according to medical journals, provided the plane is pressurized. Translate to no DC-3 nostalgia dinner flights over Botany Bay or flying World War II U-boats off the Atlantic but any modern jet is fine. Of course there is the teensy risk of a depressurization but there is a far higher risk of having a traffic accident on the way back from the clinic.

Which brings me to an issue for the traffic authorities. Now that so many women are having IVF shouldn’t we be getting ‘Embryo on Board’ stickers to counter all the smug ‘Baby on Board’ ones?

So really while there is no compelling or any evidence to suggest you shouldn’t fly when having IVF there is a case where it might in fact be a good idea. If you can fly off somewhere where you can relax or take a break during this time it may take the pressure off and that can only be good for both you and the embryo.