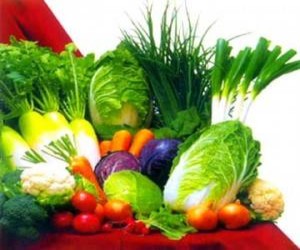 In general, doctors agree that once you hit the implantation part of your IVF cycle, there isn’t much that you can do to make things go your way. If your embryo is healthy and your womb is ready, you’ll get pregnant, but if not, you won’t. However, acupuncturists and other natural therapists seem to agree that certain foods actually can help with IVF implantation in different ways. There are different foods that are recommended for help with implantation, but walnuts, pineapples, and yams are some of the most common. While the scientific evidence behind these claims isn’t too concrete, there is plenty of evidence from everyday people who have used these foods to increase their chances of getting pregnant through IVF.

Most nuts have high levels of Omega 3 fatty acids, which are helpful in treating infertility in general. In fact, in ancient Greek mythology, the walnut was actually tied to fertility in many ways, and it was used in fertility rites. The healthy fats in walnuts help boost sex hormones, and they can also help regulate the menstrual cycle. Walnuts also have a ton of other vitamins and minerals in them, so they can help boost fertility and your chances of implantation.

While we aren’t exactly sure why walnuts help implantation rates, there is plenty of anecdotal evidence that they do. Some people think that it’s the omega 3 fatty acids and the B vitamins in walnuts that help the egg implant itself in the womb.

Many women and acupuncturists swear by pineapple’s ability to help with implantation. For one thing, the bromelain in pineapple, which is a nutrient that it contains in higher concentration than pretty much every other food, is said to be an anti-inflammatory and also to increase cervical mucus. The increase in cervical mucus can make the uterus more “sticky,” which can lead to increased rates of implantation. The most bromelain in the pineapple is found near the core, so many acupuncturists and natural therapists recommend eating the whole pineapple including the core.

One thing to note, though, is that there is also some evidence that pineapple juice in high quantities can cause cramps and can even cause spontaneous abortion. There’s pretty much no danger of this if you eat just a cup of actual pineapple each day – which will be less concentrated than the juice squeezed out of the pulp. Just be sure that you keep things in balance and don’t overdo it.

Here’s an interesting fertility fact: the Ibeji tribe in Nigeria eats yams pretty much every day, and they have the highest rate of fraternal twins in the world. Wild yams – not to be confused with North American sweet potatoes, which are sometimes called yams – have chemicals in them similar to estrogen and progesterone. They can help a woman produce more eggs during her cycle, which is one reason the Ibeji tribe has such a high incidence of twins, and they can also help with implantation by boosting a woman’s levels of progesterone in her first trimester.

While all of these foods have been shown to help with implantation during IVF, the most important thing that you can do is to eat a healthy, balanced diet on a regular basis. Keeping your body healthy is essential to keeping your uterus and embryo healthy. Eat plenty of brightly-colored fruits and vegetables, whole grains, and lean proteins, and get your three servings of full-fat milk products a day. Plus, you should participate in healthy but low-impact exercises like yoga and qigong, both of which have been shown to boost IVF success rates.

Source by Diana Farrell
2015-09-28
adminguy
Previous: Essential Tips For Women Over 50 Who Want to Diet to Lose Stomach Fat
Next: The Importance of Combining Exercise With a Healthy Diet