Home » Protein & Fitness » Is It Possible To Make Your Own Medifast Meals?

Is It Possible To Make Your Own Medifast Meals?

I sometimes hear from people who are trying to save money by making meals comparable to Medifast on their own. I’m often asked if it’s possible to make your own diet meals and, if so, how would you do it and what recipes would you use.

Being honest, I know a few people who have tried to do this but have fallen up short. There are a couple of reasons that this task is difficult if not impossible. First, the Medifast meals are extremely high in protein and fiber while being very low in carbohydrates and sugar. Because grocery store foods and ingredients are made much more cheaply, they often just don’t compare.

As an example, let’s say you were trying to make a shake on your own comparable to a protein bar. The company accomplishes the high protein in the diet shakes in part by using soy and whey protein. These are specialty ingredients that don’t come cheap. If you tried to make a lactose or milk based shake, you’d very likely have a shake that was much higher in sugar and carbohydrates. But if you decided to forgo the milk base and, like Medifast, use a high protein base, you would likely end up paying more than you would pay for the diet shakes unless you were buying huge quantities. And in order to have a product similar to the one you’d buy from the company, you’d need to be shooting for 100 calories or less, 11 grams of protein, 4 grams of fiber, and less than 9 grams of sugar.

Another example is the pudding. It too is higher in protein (14 grams) and fiber (4 grams) than any pudding you’re likely find in a grocery store and is only 90 calories. Take a gander in your grocery store and see if you can find pudding that’s comparable. You may find something somewhat similar in a health food store (although I’ve never seen one quite as high in terms of protein,) but I’d be willing to bet that it’s more expensive.

I’ll use the Medifast bars as another example. Most bars that you find in the grocery store are full of sugars and carbohydrates. Some have more sugars than a candy bar. You can find high protein bars at health food stores, but there are often quite expensive and much higher in calories. The bars only have 2 grams of sugar but 11 grams of protein.

Let’s look at the soups and chilis. You’re looking at around 100 calories but still a whopping of protein, at 14 grams. Many tomato based soups in the store are high in sugar, but the Medifast product only has 1 gram. It’s unlikely that you will find something similar at the supermarket and if you tried to make homemade soup, you’d likely need to add protein powder, which again would increase your costs.

And I can’t even imagine finding grocery store soft serve ice cream, brownies, or pancakes that even come close to the nutrition, fiber and protein in the Medifast equivalents, much less any that would weigh in under 110 calories. Yet the chocolate chip pancakes only have 4 grams of sugar while packing in 11 grams of protein. And the brownies and ice cream all have similar in terms of the protein to carb ratio. Besides, how would you begin to make your own ice cream anyway?

I know that cost is always an issue, but if you use coupons, you’re generally looking at around (or sometimes less than) $2 per meal. I am just not sure how much better you can do than this cooking for yourself or buying grocery store foods. To answer the question posed, I think that you’d have to buy a lot of specialty items and ingredients to make your own comparable meals. And I’m not sure if it would be any cheaper or as effective. 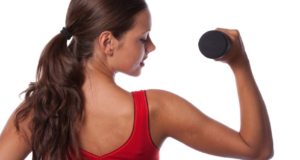 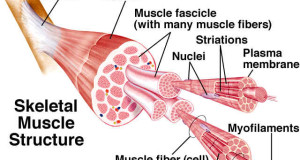