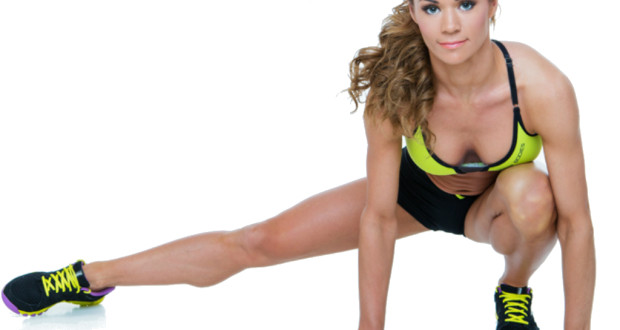 Examining Gout Causes And Solutions – And Gout Foods To Avoid

Gout is a painful and debilitating condition involving inflammation in the joints. It starts with uric acid accumulating in the blood. Over time, deposits of uric crystals can form in the joints. The word ‘gout’ is derived from Latin meaning, gutta, “a drop.” The word also has the same meaning in French, gote. Physicians in medieval days thought gout was caused by the congealing, viscous humors, in the blood that formed “sticky drops” of matter. Highly resistant to flow, this sticky matter would get caught in the joints. They weren’t far off with their primeval assessment. Undischarged uric acid crystals in the joints is the cause for an episode of painful gout inflammation.

At the onset, gout sufferers will first discern a restriction in movement as the nodules or tophi accumulates in the hands, elbows or feet. Nature tries to send signals of disease at the level of the extremities first, preserving the more noble organs like the heart and brain. Gout is shockingly a little like the initial stage of rigamortus. At first, the sufferer will notice restricted movement in the limbs affected very much like arthritis. The inflammation can even be discerned as a low-grade fever or as worse, a very painful bursitis-like quality. It is not unusual for the joints in the affected area to appear red, scaly, puffy with much heat emanating from the source. The skin can even become purplish over time and begin to itch, flake and then peel away from the affected area. Men, and some menopausal women, tend to be the most prone as uric acid levels just tend to be naturally higher in men than women. At menopause, this changes to a degree in women.

Excess urate crystals deposited by the blood in and around the joints is the cause of Gout. The pain and inflammation can be severe. The fact is that the body can spend hours, or even days, trying to restore its equilibrium or homeostasis during a more extreme episode. Between attacks, the sufferer may not have symptoms at all. Purines found in certain foods can set off an attack of gout symptoms. Additionally, blood types O and A are further susceptible to gout, and need to be more careful.

Another way to look at the causes of gout can be through the eyes of Wilhelm Reich MD and orgone therapy. Reich was the first scientist to objectively measure waves of pulsating life energy that organically flow, in health, from the core to the outside surface of the body. By using sensors attached to a millivolt meter, Reich was able to discern that pleasurable sensations would produce expansive waves (parasympathetic) from the core of their being out to the level of the skin. In the opposite state of anxiety (fight or flight) the surface tension would contract causing feelings of fear (sympathetic). The flow, and release of toxins in the body will be subject to these tides of expansive and contractile tides in the body.

Expansion and contraction have a polaric relationship to one another, just as the autonomic nervous system can be measured by the parasympathetic and sympathetic activity. Through further examination, we can look at which stimulus cause us to react out of fight or flight, or conversely what prompts our capacity to completely let go to the loving embrace, or the orgasm reflex. Most modern folks, as Reich pointed out, live mostly in a sympathetic-dominant, anxiety-imbued state. The goals of treatment, then, include discerning how to flip the lifestyle to accommodate the more expansive parasympathetic state; also alleviating the blockages, both emotional and physical, by following the more natural four-beat cycle Reich called the Tension-Charge-Discharge-Relaxation phases. This is the orgasm function and can be indicative all how we let go both at the psychic level, as well as release our toxins, or even our urate crystals at the somatic level.

You see, Dr. Reich was the first Psychoanalyst to measure the emotional and physical aspects of disease and subsequently how to cure these states. You can read more in his depiction of successfully treating disease states, including cancer, in his book called The Cancer Biopathy. Uric acid crystals can be defined as a kind of stuck-ness. Gout results from toxicity that should otherwise follow the natural tide to the urogenital system where it can be processed, skimmed from the blood, and then naturally emitted with the urine out of the body. Logically, the Tension, Charge, Discharge and Relaxation should be respected in all aspects of our health, however, where there is stasis, contraction or a pooling of toxicity, including urate crystals, the first phase of gout called “asymptomatic hyperuricemia” can be detected in a simple blood test at your Doctor’s. This phase is the easiest to reverse and can be done simply by creating enough of a pulsation from the core to the perimeter on both the physical and emotional level.

Things can become somewhat more complicated at the second phase (‘charge’) of gout as arthritic inflammation may be starting to be detected. In the charge phase, the hyperuricemia may be beginning to accumulate in the joints, depositing uric acid crystals in the spaces between the joints producing a sudden onset of pain and swelling in the joints. The chance of turning this around by producing enough of a charge to carry the inimical crystals to the surface, resolution can be obtained. However, if the contractive state is perpetuated, the symptoms will worsen over time, requiring addition medical attention. You may even qualify for suppressive or palliative drugs. The problem is that drug protocol may be required long term, causing further toxicity to the body, that can not be discharged either. Now, you may be suffering less of your gout symptoms, but more side effects from the drugs.

The interval/inter-critical phase is the third phase of gout symptoms and can appear a lot like the first. As mentioned prior, between the acute attacks, the individual may be fairly asymptomatic with a fairly normal range of motion in the joints. As long as the individual can manage the stimulus or cause of their gout attacks, or even better discharge the matter altogether, they may lead a relatively normal life with few inflammatory episodes.

The fourth stages for gout suffers is termed the chronic tophaceous phase. It is the most disabling of the phases, taking over 10 years or more of the body not allowing the full tension-charge-discharge and relaxation phase of Dr. Reich’s four beat cycle to occur. Unfortunately, for the person’s health, the result is a more permanent damage to the affected joints, as well as the kidneys, as the uric crystals start to form deposits that are less likely to be expelled with proper emotional or physical regimen. If the proper respect of the four beat cycle can be employed, with a knowledgeable Physician, the patient stands a better chance of circumventing the long-term effects of gout reaching the chronic fourth tophaceous phase.

If you are able to discharge the early hyperuricemia phase through proper regimen, you can also prevent your painful gout symptoms from arising at all through proper diet. Foods high in purine, including caffeine, adenine, guanine, uric acid, and theobromine and theophyline can be problematic. As mentioned above, these these nitrogen-rich foods are not an issue in health, however, with the onset of gout symptoms, the crystal shards that feel like little knitting needles don’t need more reason to accumulate in inflame the joints.

While purines are found in the chemical structure of our genes, as well as in the animal and plant protein we consume. Certain foods can exacerbate the gout sufferer’s symptoms. Organ meats, wild game and some fish can be a real problem. As you may quickly see, the foods above illustrate why this condition is termed the rich man’s disease.

A gout sufferer would do well to avoid the following high purine foods as much as possible:

The foods that are best consumed on a limited basis, but not completely avoided are:

If these are mainly your foods of choice, you may be asking yourself what there is left for you to eat, however, this is the reason you are reading this content in the first place and the best way to overthrow your diagnosis is to respect the polarity. Proper emotional and physical regimen inducing discharge, pleasure and an Asian-like diet might provide you with enough pain-free incentive from your gout symptoms that you may never want to go back. You may lose weight and feel so awesome that the heavy consumption of 600 – 1,000 milligrams of purine consumed on average per day in the “rich man’s diet” is not worth it to you. If you can consistently get it to below 100-150 milligrams you will beat your condition out of existence, allowing your body the capacity to discharge the urate crystals held in abeyance.

Your new Asian-style diet, higher in complex carbohydrates such as quinoa, brown rice, millet, fruits and vegetables can be prepared in such a way, you may wonder why you chose those heavy, rich foods in the first place. Stir fries with olive and sesame oils, snacks of nuts, dark berries such as blueberries and raspberries can be employed to conquer gout symptoms and they taste great whipped into a shake with some unsweetened almond milk. If you use frozen berries, you’ve made a kind of gelato that will keep you coming back for more! Balance raw and whole cooked foods, with no more than 30% derived from animal protein and you may be teaching the next Tai Chi class at your local recreation center. Your life and health depends on it.

While you may be reluctant to eat sushi or fermented soy such as tempeh, you never know until you try. Hang out at more Asian restaurants and then Google for recipes that you fall in love with. This type of cooking can require more preparation time, but again, think about how long it took you to learn how to prepare the foods that caused you to become a gout sufferer.

Lots of pure water will also bear well on your efforts to become gout-free. An ideal body weight and plenty of exercise including aquafit classes, Tai Chi, recumbent cycling and yoga may have been on your list of “someday maybe.” Why not pull that list up close and personal, making the call to the local studio or recreation center to register for a class. It can’t hurt to try. You may find that it feels so good and complements your new life-style of self-pleasuring. Also look into boning up (pun intended) on how to take your loving embrace to the next level with your partner. Sex can be a great way to discharge accumulated toxicity and pooled energy in the body. It is free and the most highly valued function of pleasure man or woman can know during their lifetime. There are some great books, including the Multi-Orgasmic Couple by Abrams and Chia that might fit right into your new lifestyle. Also the books, The Pearl, or The Oyster by Anonymous can help enliven the imagination.