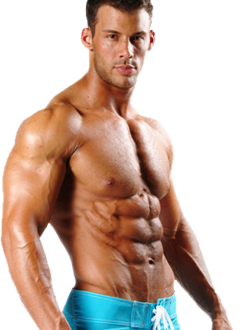 December in Barbados is guava time. Our tree is raining guavas, a bright yellow fruit with a taste that is part pear, part strawberry and resembles a large lemon in appearance. Second only to the blueberry in antioxidant power, the guava is a nutritional powerhouse containing more than 5 times the vitamin C of an orange. It is also loaded with the cancer fighting nutrient lycopene.

There are dozens of varieties of the guava family. Our local Barbados guava is an Apple guava, known scientifically as Psidium Guajava. Locals usually wash the fruit and eat it whole, rinds and seeds. Others may choose to cut the fruit in half and its pulp can be scooped out with a spoon; the seeds are completely edible. We harvest the prolific fruit each morning, scooping out the inside and freezing it for future use in our cheesecakes, jams, chutneys, and sauces. The remaining rinds are washed and then boiled down, adding a 1 to 1 (1 cup of rind to 1 cup of sugar) mixture of rind to sugar, along with 2 tablespoons of fresh lime juice. The resulting ambrosia can be used as a topping for ice cream or as a base for guava bread.

At a recent catering, a guava reduction was used as a base for an absolutely delicious combination of boneless duck breast and guava coulis. Below are a few of our favorite guava recipes:

For the duck breast, score the skin into 1/4 intervals (do not cut into breast meat).

Add Duck Breast skin side down to an ungreased preheated 325 degree skillet.

Allow to cook about 10 minutes until skin is crisp and brown. Turn breasts over and cook another 2-3 minutes.

Remove breast from skillet and let rest 5-10 minutes before slicing.

For the Guava Coulis, boil 10 whole guavas, cut in half, in 1 cup of water for 8 minutes or until soft. Allow to cool, and then puree the mixture in a blender until smooth. Strain the seed from the pulp and return to a sauce pan. Over medium heat, add 1 cup of sugar, ½ cup of white vinegar, 1 teaspoon of salt, and a dash of hot pepper sauce. Heat for approximately 10 minutes or until slightly thickened.

Any bread may be used for this recipe, but we prefer to use a fresh baguette.

Ham (we use Boars Head brand)

Assemble the above ingredients. If using a panini grill, simply grill for 3 minutes or until golden brown. In a frying pan, lightly brush the top and bottom with extra virgin olive oil and place in a medium hot pan. Press down with either a spatula or you can use a smaller diameter frying pan. Turn over and repeat until both sides are browned.

Combine 2 tablespoons of the guava base with 3 large scoops of coconut ice cream (or ice cream of your choice), 1/2 cup of whole milk, and a dash of fresh nutmeg. Blend until smooth. A favorite variation is to add 2 ounces of Mt Gay Extra Old Rum for a truly refreshing after dinner drink!