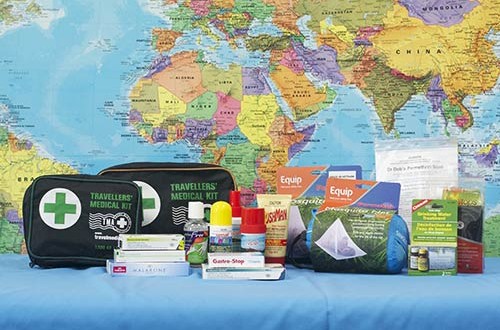 Gray or white spots (may become yellow or brown) around the gills and head and the fungus-like growth on the fish’s mouth. Fish’s breathing may become laboured.

Often mistaken for a fungal infection, due to the fungus-like growths that appear on the mouth and body of an infected fish, mouth fungus (false fungus) is a bacterial infection caused by the bacterium Chondrococcus columnaris. Unlike “true fungal” infections such as Saprolegnia, mouth fungus is highly contagious and will rapidly infect and kill all the fish in an aquarium unless it is treated quickly and effectively.

The bacteria that causes mouth fungus are present in all freshwater water aquariums and under normal conditions they are regarded as harmless. However, the bacteria will infect fish that have been subjected to excessive stress. Poor water quality, inadequate diet and rough handling are known to increase fish’s stress levels.

The columnaris bacteria will enter a fish through its gills and mouth or via small lesions on the fish’s skin. Catfish and live-bearing fish such as guppies, mollies and swordtails are particularly vulnerable to attack.

Following infection fish will display symptoms including gray or white spots around the gills and head and the fungus-like growth on the fish’s mouth. As the infection spreads these spots may become yellow or brown in appearance and the fish’s mouth may be eaten away making it difficult for fish to feed. In the latter stages of infection, due to the bacteria attacking the fish’s gill filaments, the fish’s breathing may become laboured.

It’s vitally important to treat this infection in its earliest stages if numerous fatalities are to be avoided. There are a number of remedies available for the treatment of mouth fungus with those containing copper sulphate considered to be the best. Chlormycetin has also proved to be successful in treating mouth fungus. This should be administered using 10 to 20 milligrams of chlormycetin per litre of aquarium water.

Another highly effective method to treat mouth fungus is to feed fish with food containing oxytetracyline. There are several of these foods available and all are readily obtainable from most good freshwater fish stockists. However, it may be that the fish has stopped eating. If this is the case the best form of treatment is to use an antibiotic such as penicillin. Antibiotics are available from most veterinary surgeries.

As with all contagious fish diseases infected fish should be placed in a quarantine tank (see: How To Quarantine Aquarium Fish) during treatment and should only be returned to the display tank after a minimum of four weeks.

Because mouth fungus is one of the most contagious and deadly freshwater aquarium diseases prevention is of the utmost importance. The bacteria that cause mouth fungus thrive on organic waste. Regular water changes and gravel vacuuming will help to control the amount of waste in your tank and will decrease the risk of infection.

Finally, all new fish should be quarantined in a separate tank for at least two weeks before being placed in a display aquarium.

Source by Patrice Lapointe
2015-10-04
adminguy
Previous: Stress Advantage
Next: How to Get The Best Deal in Colored Contact Lenses