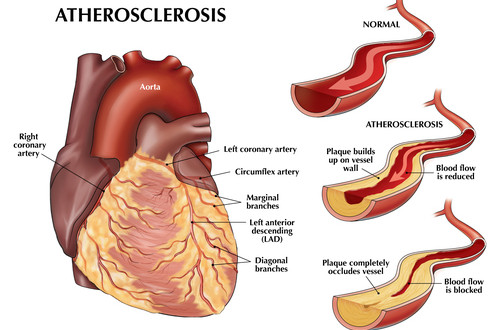 The Medical establishment would have all of us believe that coronary heart disease is irreversible and must lead to either the eventual so called heart attack due to clogged arteries; or to by-pass operations, stents, followed by balloon angioplasty. They tell us with Statin drugs the patient will then be ok. The statistics paint a very different picture. Two out of every three people who have had cardiac by-pass surgery will need it again within 10 years. Ten out of ten cardiovascular patients who have had stent procedures will need them again within 6.4 years. Clearly, even with massive doses of statin drugs the treatment protocol for cardiovascular patients in use today by the medical establishment is a failure in the sense that it’s not a cure and the above protocol is an ongoing radical process for the body to endure.

One need  look no further than the case of former President Bill Clinton who had Quadruple by-pass heart surgery, stent after stent, balloon angioplasty again and again, massive statins and still he had advanced coronary artery disease(CAD) until he finally discovered a natural, yet very scientific integrative treatment protocol which has reversed his CAD.

In the 1960’s and 1970’s Nathan Pritikin M.D. developed a unique diet rich in massive amounts of fruits and vegetables and very low in total calories and fats. Dr. Pritikin developed this protocol after he was diagnosed with severe atherosclerosis of the coronary arteries. He was so convinced his protocol reversed CAD he left instructions in his will that when he died he was to have a cardiologist examine the condition of his arteries. Meanwhile thousands of his patients went off all medications and never had any more coronary artery problems. After Dr. Pritikin died in 1987, his heart was dissected; the arteries were determined by cardiologists to be clean and in the condition of a 25 year old.

In 1987, two years after Dr. Pritikin’s death, the Journal of the American Medical Association announced a study that showed the reversal of atherosclerosis in the coronary arteries of humans who were on the Pritikin protocol as administered at the Pritikin Longevity centers had been a success.1 Numerous subsequent studies confirmed Dr. Pritikin was scientifically correct and the medical establishment’s position fatally flawed.2,3

Tens of millions of Americans needlessly perished because the medical establishment refuses to understand the true causes of Coronary Artery Disease.

The over-promotion of “Statin” drugs has resulted in today’s cardiologists focusing on getting their patients’ total cholesterol and LDL down to dangerously low levels. Pharmaceutical company advertising has made it appear as if the only cause of CAD is excess LDL and cholesterol; however over a thousand scientific peer reviewed research studies show this conclusion to be completely false…

Beginning in 1979, medical researcher scientists made discoveries which clearly indicated that CAD was the result of the oxidation of LDL that results in the formation of blocked arteries and arterial damage.4,5   Thousands of peer reviewed studies now reveal how oxidized LDL creates CAD from start to finish.

There are doctors who argue that CAD is all about inflammation and they are correct but what they failed to realize is that oxidized cholesterol mainly LDL injures endothelial cells and causes this massive inflammation of the coronary arteries.6-12

Oxidized LDL turns on white blood cell gene expression that enable them to convert into foam cells, which results in continuous accumulation of oxidized LDL and thick plaque in the coronary arteries.14

Oxidized LDL enhances the process whereby immune cells, foam cells, smooth muscle cells, and the lining of coronary arteries called endothelial cells, degrade collagen, which leads to the rupture of the fibrous plaque. The extreme heat from the inflammation can cause even small amounts of cholesterol to blow up 40 times their normal size and clot up an entire coronary artery, thus recently the Harvard study group called this phenomenon Popcorn Cholesterol. This finally explains why 53% of all fatal heart attacks occur in people with rather low cholesterol, something until recently which has greatly confused cardiac medical researchers.16

Forty years ago coronary artery disease was the #1 cause of death in America roughly 600,000 people died each year from CAD. Today despite doctors handing out statin drugs like candy CAD is still the #1 cause of death each year at roughly 630,000 deaths per year. We have the highest rate of cardiac disease in the entire world despite all of the most so called state of the art drugs…in fact statin drugs have led some 200,000 people to develop irreversible muscle wasting syndrome which is always fatal; and statins have also been linked to advanced liver and kidney disease.

In reality the solution to this problem of oxidized LDL is very simple if you understand plant based biochemistry.  Dr. Pritikin thought the reversal of plaque and CAD was due to the very low intake of fats in the diet he created. In fact that had little to do with anything, it was the antioxidants from a huge assortment of fruits and vegetables which prevented LDL from oxidizing in the coronary arteries and thus stopped inflammation and the whole above described process of oxidized LDL leading to CAD.

The problem with the Pritikin program is it is so very restrictive in calories that most folks simply cannot make a lifelong commitment to it. We also now know about antioxidants in the form of nutraceutical plant based supplements 1000’s of times more powerful then eating the fruits and veggies on the Pritikin diet.

We should all breathe easier knowing that when it comes to INHIBITING LDL oxidation we can now stop it cold with natural biochemicals such as UBIQUINOL CoQ10…. With the exception of Alpha Lipoic Acid and the active biochemical in Pomegranate (Proanthocyandids, and Polyphenols) nothing is effective as CoQ10, we can actually now improve the inhibition of oxidized LDL cholesterol by 130%… far greater protection then the Pritikin diet.17

Yet we can go even far greater in reversing CAD by taking Nutraceutical quality Omega 3 oils every day. Omega 3 fish oil, Krill oil and Green Lipid muscle oil are extraordinarily powerful inhibitors of inflammation. The above are such powerful High Density Lipids the good HDL’s, they can virtually assure that hard LDL cannot clump together, in fact Eskimos and the Arctic Circle indigenous peoples account for five million people. They eat huge amounts of cholesterol from seal blubber and whale blubber yet we have never found even one upon autopsy who had CAD. Think about that, although they eat a diet 80% pure cholesterol they are completely protected by the 18% of their diet which is cold water fish oil in the form of wild salmon.18-22

I have created a unique program by stacking the most powerfully effective antioxidants to reverse CAD for even the most advanced CAD patient. Besides the above mentioned powerful antioxidants the stacking of nutraceutical antioxidants also includes:

President Clinton is receiving with stellar results a similar protocol to mine…He will not need any more balloon angioplasty or any other invasive treatments again so long as he stays on this treatment protocol for life.

In addition we have discovered plant extracted sterols can lower LDL by 38% in a very unique manner. They trick the production of harmful LDL from entering the blood stream and instead send them a signal to enter the large intestines where they are excreted via normal bowel movements.

In conclusion we have had for a long time the most effective all natural treatment protocol for reversing cardiovascular disease. All the natural biochemicals I have mentioned are derived from plants, fruits, and marine life, extracted and highly concentrated by a leading biotechnology company which is ISO 9001 and ISO 17025 certified.

While one may be tempted with this information to do it yourself without expert guidance, I strongly urge you to consider the following. Eighty percent of all stores bought cold water fish oil sold as omega 3 HDL is already rancid when purchased! Rancid oils have enormous amounts of free radical oxidants which cause CAD.  Unless you are positive you are obtaining your nutraceutical supplements from a true ISO certified biotechnology laboratory be very careful. The quality and purity of store the supplements will be no more than 20% pure due to their poor quality extraction methodology, the other 80% may include large amounts of biological fragments, fillers, and environmental toxins to the point where one is actually consuming enormous amounts of free radical oxidants which seriously damage the heart, and other organs! Why? Because market competition is so fierce in the supplement industry over 90% of the drug store and health store brands buy their raw materials from China; where raw materials for making supplements are extremely inexpensive. The problem is China is the most polluted industrial toxic country and raw organic material from China to make supplements will have high levels of toxins. Any supplements made in the USA but sourced from China may be highly toxic. They will never be made by ISO 9001 ISO 17025 biotechnology companies; you simply cannot find this highest quality in health food stores and if they claim they carry such a high standard ask the manager for a certified copy of ISO 9001 ISO 17025 for the item you desire to purchase. They cannot produce the above mentioned certifications because there are only several biotechnology companies worldwide, that have both ISO certifications and they only sell to doctors, dentists, naturopathic doctors and nutritionists with a PhD. 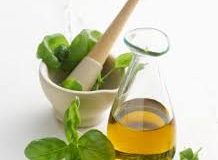 Oregano oil – continues to climb in popularity as a Superfood-medicine 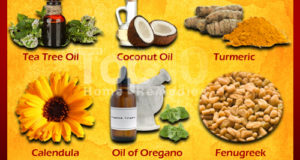 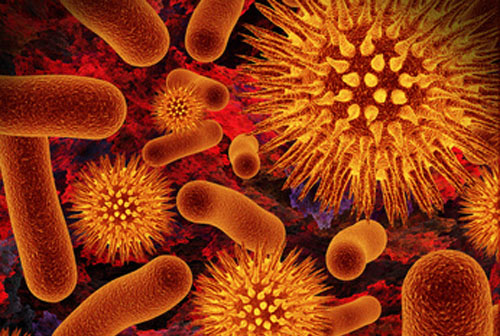