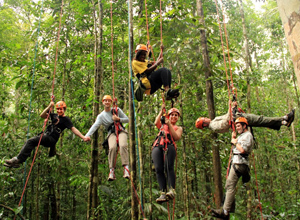 Tropical Fish Disease – Why Do Healthy Fish Get Ill?

How many times have I heard the story of healthy fish getting ill for no reason?  Of course there is always a reason, it’s just that we haven’t figured it out yet.  But, there are lots of things that you can do to cut down the chances of tropical fish disease.

I say tropical fish disease but obviously all fish have the potential to get ill and fish kept in captivity have a better than even chance of developing a disease, so why is this?

Well, let’s look at nature first because that will give us most of the answers.  Firstly, whenever we talk about keeping fish in aquariums we are always trying to keep the maximum number of fish possible in a tank.  One inch of fish per gallon is the rule.  Imagine the oceans, lakes and streams of the world with one inch of fish per gallon, probably a bit crowded.

Fish in the wild aren’t exposed to Ammonia spikes, Nitrite and Nitrate spikes in the same way that fish in captivity are.  Water changes happen naturally and constantly in the wild, they don’t have a twenty percent water change on a weekly basis (if they’re lucky), they are constantly swimming in new, clean water.

And what about space and territory. Put fish in a tank and we have all observed how they can become quite territorial, claiming their own small space, swimming the same area on a daily basis and then what do we do?  We introduce a new fish to the tank, who wants the same space or a fair chunk of it and guess what happens, our old established fish gets stressed about it.

Imagine how you would feel if you suddenly got a noisy aggressive neighbor who insisted on taking a short cut across your garden every morning. What would happen to your stress levels.

How would you feel if you were asked to downsize from a stately mansion to a one bed apartment and then had to share it with a bunch of strangers.

And as your stress levels increase, I bet your general health would deteriorate. Coughs, colds, aches and pains that you had fought off so successfully would suddenly start to get the better of you.

Beginning to get the picture. We hopefully all strive to manage our aquariums to the best of our ability, managing the nitrogen cycle, the filters, the temperature and water quality, carrying out regular water changes and that’s great.

But maybe we need to take this one step further and listen to our fish. Put on your therapists hat and listen to what is stressing them out. Happy fish, for the most part don’t get ill.